On January 18, The Daily Wire, a conservative website, tweeted a video of Minnesota State Rep. Sandra Feist (DFL-New Brighton) discussing the possibility of placing menstrual products in men’s restrooms, ostensibly to cater to transgender males in more liberal-leaning school districts who are allowed to use restrooms matching their gender identity.

The publication appeared to share the tweet in an attempt to mock Feist as stupid or out-of-touch, in keeping with the belief — common among social conservatives — that there is no such thing as transgender identity, and the assumption that all schools force transgender-identifying children to use the bathrooms designated for their biological sex. The tweet garnered reactions echoing those views, including one from Dungy, as first reported by San Francisco news stations KRON4.

“That’s nothing,” the NBC football analyst said in a tweet that appeared to be sarcastic. “Some school districts are putting litter boxes in the school bathrooms for the students who identify as cats. Very important to address every student’s needs.”

Dungy’s remarks refer to a widely shared trope that was embraced by Republican politicians during the last election cycle, which mocks the concept of transgender identity by comparing transgender-identifying children as similar to children who pretend to be cats when playing make-believe. The trope also conflates the LGBTQ and transgender communities with “furries,” a subculture of adults who role-play as fictional animal characters, and mocks any attempt to accommodate transgender children as not only misguided but harmful and delusional.

Dungy’s tweet drew widespread condemnation on social media, with many noting that the “litter boxes in schools” trope has been repeatedly debunked, and stayed up for seven hours before Dungy deleted it.

According to a tweet from Washington Post reporter Kevin Blackstone, NBC sent a memo to staffers condemning Dungy’s remarks.

“NBC Sports does not support or condone the views expressed in the tweet and we have made that clear to Tony,” the memo said. “Our company has long and proudly supported LGBTQ+ rights and works hard to ensure that all of our employees are seen, acknowledged, recognized, and respected.” 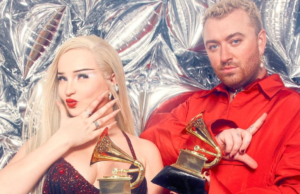 Dungy subsequently issued an apology to his NBC Sports colleagues for promoting the debunked trope.

He posted an additional statement on Twitter that included a screenshot of an incoming text message reading: “I saw a tweet yesterday and I responded to it in the wrong way. As a Christian I should speak in love and in ways that are caring and helpful. I failed to do that and I am deeply sorry.”

Above the screenshot, Dungy wrote: “This past week I posted a tweet that I subsequently deleted. I issued an apology but not everyone saw it. So I am reposting my apology here. As a Christian, I want to be a force for love to everyone. A force for healing and reconciliation — not for animosity.”

This past week I posted a tweet that I subsequently deleted. I issued an apology but not everyone saw it. So I am reposting my apology here. As a Christian I want to be a force for love to everyone. A force for healing and reconciliation-not for animosity. pic.twitter.com/esew5wjUyD

Dungy, a professed Christian, appears not to have been punished or blacklisted for his actions — despite conservatives’ efforts to portray him as a martyr for standing by his religious beliefs — as he was part of NBC’s studio coverage for the AFC divisional round matchup between the Kansas City Chiefs and the Jacksonville Jaguars.

Dungy’s remarks are not all that shocking, as he has previously been outspoken on social issues, publicly opposing abortion and same-sex marriage. He recently spoke at the anti-abortion March for Life in Washington, D.C., and, in his remarks, compared abortion to the near-death of Buffalo Bills safety Damar Hamlin, who went into cardiac arrest after a tackle during a regular-season game this season.

Dungy is close to, and plans to attend, and speak at, a conference in March led by preacher Andrew Wommack, an anti-gay evangelist who has said that homosexuality is “three times worse than smoking” and that gays should wear a warning label on their foreheads that reads: “This could be hazardous to your health.”

Dungy has also raised money for the Indiana Family Institute, a right-wing, anti-LGBTQ organization that opposes marriage equality. He also previously tweeted that he disagreed with Jason Collins’ lifestyle after Collins became the first out gay NBA player.

@StampedeBlue I don't agree with Jason Collins' lifestyle but think he deserves respect and should have opportunities like anyone else!

In 2014, when former co-SEC Defensive Player of the Year Michael Sam was slated to became potentially the first out gay person to be drafted by an NFL team, Dungy opined that he wouldn’t select Sam if he were still coaching, claiming he wouldn’t want to deal with the media attention that Sam’s presence on the team would bring.