By John Riley on November 22, 2019 @JohnAndresRiley 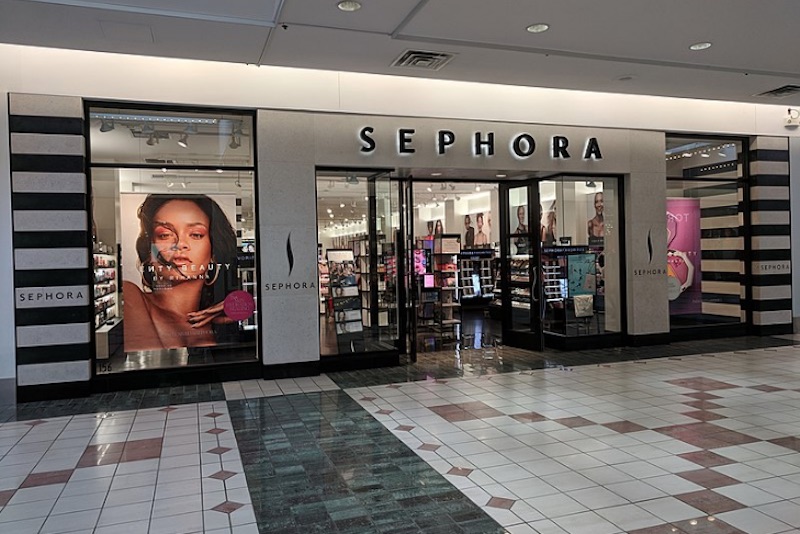 Sephora in the Eastview Mall in Victor, N.Y. – Photo: Daniel Penfield, via Wikimedia.

Open to All, the national campaign based around encouraging businesses and nonprofits to be affirming of LGBTQ employees and customers, has released its first-ever holiday gift guide.

The Open to All Holiday Gift Guide, released in partnership with Yelp, aims to help customers use their purchasing power to support LGBTQ-affirming businesses, and includes name-brand products at price points ranging from under $25 to over $100.

Among the businesses featured in the gift guide personal care and beauty store Sephora — the most recent member to join the Open to All Campaign as of Thursday — Yelp, Gap Inc., Old Navy, Coach, kate spade new york, Chronicle Books, Fossil, RAYGUN, Lacoste, Michaels Craft Stores, Steve Madden, and H&M. All are members of the Open to All campaign and have signed onto the Open to All business pledge, in which they agree to maintain and welcoming and safe environment for all employees, visitors, customers, vendors and clients, regardless of race, ethnicity, national origin, sex, sexual orientation, gender identity and expression, immigration status, religion or disability.

“These are all companies that have joined Open to All since we launched it in July 2018,” Calla Rongerude, Open to All’s campaign manager, told Metro Weekly in an interview. “Overwhelmingly, these are companies that are really doing meaningful work. For example, they have corporate-wide diversity and inclusion and ‘unlearning bias’ trainings for their employees, they have excellent [nondiscrimination] policies. They have really gone the extra mile to have the pledge be a meaningful representation of the work they do around diversity and inclusion, both for their employees, as well as their customers.”

The guide’s release comes at a time when consumers are demonstrating support for affirming businesses. A 2019 report by public relations and marketing firm Edelman found that 72% of consumers see a company’s values as a deal breaker or deciding factor when determining which brands to buy or stores to patronize. That same report found that 69% of consumers want their preferred brands to be more involved in societal issues and express their values.

Additionally, a survey from media research company Kantar found that two-thirds of millennials and Gen Z members claim they favor brands that have a particular point of view and stand for something.

Coinciding with the guide’s release, Yelp also unveiled a new search filter so people can filter by which businesses have established themselves as a safe and welcoming space for all customers. Yelp users will also be able to identify businesses that have indicated they are affirming by an “Open to All” icon that will be displayed on their Yelp page. Currently, over 300,000 businesses have activated the Open to All attribute.

“At Yelp, we believe everyone should be treated with dignity and respect,” Miriam Warren, the vice president of engagement, diversity and belonging at Yelp, said in a statement. “It’s our hope that by updating the platform to make it easier to find inclusive businesses, users will support establishments that are safe and welcoming spaces for all, and more business owners will activate the attribute. Yelp exists to connect consumers with great local businesses, and we’re doing our part to make it easier for all of our consumers to patronize stores, salons, and more, without fear of discrimination.”

In a response to a follow-up inquiry about its partnership with Open to All, a Yelp spokesperson noted that the company has previously added attributes that help users find gender-neutral restrooms, women-owned businesses, health inspection scores for restaurants and food-based businesses, and maternity care measures of hospitals in New York and California. The company has also offered free window decals to women-owned, LGBTQ-owned, and Latinx-owned businesses to help them personalize their storefronts.

You may also want to read: Yelp: More than 160,000 businesses have gender-neutral restrooms

“As one of the biggest connectors between consumers and businesses, Yelp is uniquely positioned to provide key information about the values and business practices of businesses ranging from a mom and pop store to a national chain,” the spokesperson said. “When Open to All approached us about the Holiday Gift Guide, we were thrilled to be involved. We hope to continue to build on our partnership with the organization and bring awareness to the issue of discrimination.”

Open to All’s Rongerude said she was “thrilled” to partner with Yelp, crediting the company for being “among the most vocal and visible champions for diversity and inclusion.”

“What I especially appreciate about Yelp is how innovative and creative they are, thinking about not only how to support small business owners, but also how to help customers, whether in their hometown or when traveling, enter a business and be treated with the dignity and respect that everyone should be,” she said.

“I know for myself, I was recently taking my daughter to camp and driving a great distance. As we were trying to figure out where to eat for the family, wanting to make sure we were going to be welcomed and treated with respect. It’s the kind of search function that I have always yearned for, especially living in the middle of the country in a red state,” added Rongerude, who lives in Iowa. “You have no idea how you’re going to be treated when you walk into a business’s door. Yelp has remedied that.”

John Riley is the local news reporter for Metro Weekly. He can be reached at jriley@metroweekly.com
← Previous Story Advocates ask federal court to force Social Security to grant same-sex survivor’s benefits
Next Story → Young Americans oppose restrictions on bathroom use for transgender people