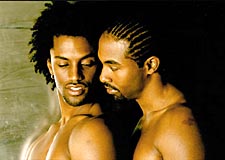 INSPIRED BY THE lack of gay black characters on popular television shows such as Queer as Folk and Will & Grace, director Patrik-Ian Polk brings us Noah's Arc, a new series about a group of gay black men living in Los Angeles. 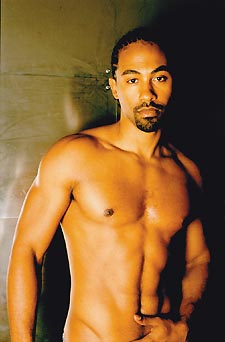 Often sexy and funny, Noah's Arc captures the realities of gay black life without pandering. Sparky and authentic, the show is every bit as witty and urbane as its whiter counterparts on cable television. Audiences will surely adopt the campy retorts hurled back and forth among the friends (“Girl! I'm tired of your stunts and shows!”).

Noah's Arc only disappoints when Polk seems to force the leading characters into alternate-universe versions of Carrie, Samantha, Charlotte and Miranda. So much of television is already derivative and uninspired — Noah's Arc is best when it seeks to say something different. But, like all series, it needs time to grow and find its true voice. That's if TV execs let it on the schedule in the first place.

Fortunately, Polk is blessed with a gorgeous and talented cast, and the raw sexiness of the show will attract initial onlookers. But just because it sets out to be the first of its kind doesn't mean it deserves a loyal audience. That will require something special. In TV, people rarely get an “A” for effort.