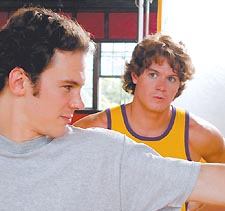 The premise sounds campy enough. Brad, a single 40-year-old gay college professor, goes home for his parents’ anniversary party. After a fight with his rejecting mother, he goes tearing off in his car after too many drinks.

The ensuing accident sends him hurling back in time to his senior year in high school. Except this time it’s different: Everyone is gay. At first, Brad (played without much flair by J. Andrew Keitch) wants nothing more than to go home, but when Roland, the hunky, basketball-playing crush of his youth, falls for him, Brad decides to stay in this dreamy, alternate past.

Ripe with possibility, Almost Normal fails to deliver at almost every turn. The acting is wooden, the script is derivative and any opportunity to excite or intrigue the audience goes untaken. The biggest twist has Brad falling for his former fag hag, Julie (played by Joan Lauckner). Even in his freakish past, Brad is still the freak.

It’s clear that director/screenwriter Marc Moody is looking to make a larger statement about what it means to be ”normal” in today’s society, even as a gay man. Perhaps queer people are destined to be ”freaks” in whatever realities they live in. Yet it’s incumbent upon the filmmaker, attempting to paint such broad themes, to be at the top of his storytelling game, something Moody is not. The resulting effect is uninspired and workmanlike.

Disappointing in the aggregate, Almost Normal has its bright spots. Lauckner’s performance as the stylish, cynical Julie is fun to watch. And it’s always a treat to hear people from the past marveling at today’s inventions (the Internet, cell phones).

But a film like this needs to rely on more than just sight gags and gizmo wonder. It needs a certain amount of heart and wistfulness, the very stuff that makes nostalgia so compelling. So if you’re looking for the thrill of switcheroo movies, you may want to stick with the original gems. 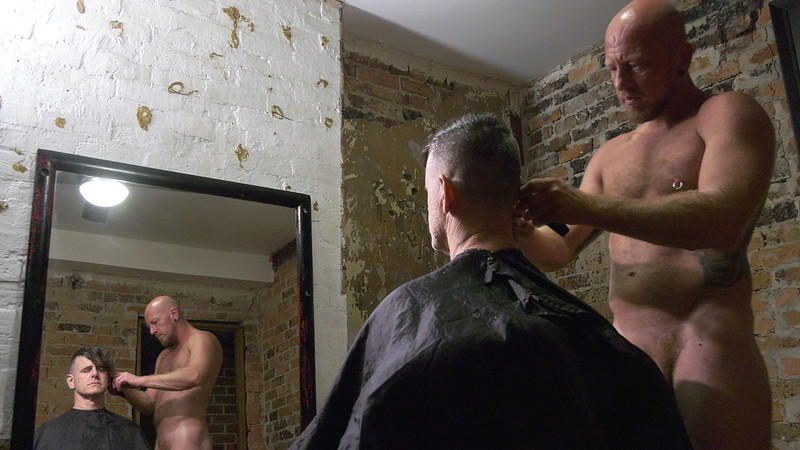