By Metro Weekly Contributor on October 14, 2006 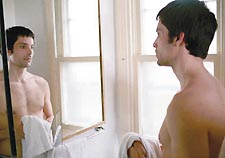 AT ONCE STRANGE and provocative, Amnesia: The Enigma of James Brighton is a thoughtful meditation on identity and self-discovery. Apparently based on a true story, the film portrays the plight of an American who wakes up naked in Montreal one morning and remembers nothing of his past — except that he’s gay.

With no memory of who he is or where he comes from, the man begins the painful process of starting over, almost as if born again. Accepted into the fold of a gay social service organization, the man — he later comes to believe his name is James Brighton — works to remember his old life while building a new one in Canada.

After appearing on Canadian television shows to promote his case, James is identified by American police in connection with a gruesome crime. He’s also reunited with his family in Tennessee, a group of hard-charging Pentecostals. 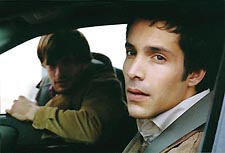 Mysterious and challenging, the film delves deeply into the questions of who we are and how we become that way. Dusan Dukic plays the enigmatic title character. His performance is admirable: At times tender and volatile, Dukic captures the mix of bewilderment and frustration that mark his character’s dramatic memory loss.

The film is also made richer by the often poetic voiceover commentary from a character in the story, who plays a criminologist writing her dissertation on the case. The device underscores the broad themes of the movie and helps unify the occasionally confusing plot.

Filmgoers looking for a neat and tidy story might consider avoiding Amnesia. Questions are left unanswered and the film’s tendency to jump back and forth in time will certainly puzzle some viewers. Of course, the effect allows us to sympathize with James’ predicament: not being able to make sense of the images around us.

The payoff in Amnesia is considerable if you’re willing to stick with it. The underlying metaphor will resonate with gay audiences who so often have to start over and begin life anew after coming out.

More potent is the emotional climax of the film that simultaneously brings a sense of closure and understanding to the story while encouraging us to welcome the inevitable amount of mystery — and unanswerable questions — in all of our lives. — Dan Odenwald