By Randy Shulman on October 16, 2006 @RandyShulman 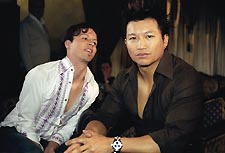 THE REAL STAR of Kate Gorman’s Australian drama about five different relationships in various states of bliss, and how they interconnect and impact one another as each falls prey to an infidelity, is Greg Parish’s cinematography. Darting and weaving and gliding and flowing, Parish’s camerawork is absolutely hypnotic, reaching a climax at the end in a masterful single-tracking shot that brings the separate plot elements together in one final jolt.

The story, which mimics the momentum of a tortoise, is too unwieldy and complex to sum up in a few paragraphs. Needless to say, there’s a straight married couple suffering from sexual apathy, a gay couple plagued by a little too much freedom, and everything in between, including an unnerving encounter between an older man and a rebellious teenage girl. 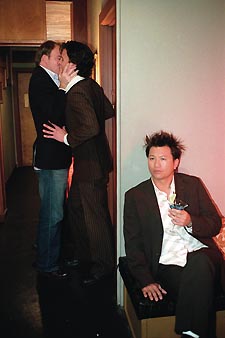 Gorman’s film comes close to success but ultimately lands flat. It’s hard to pinpoint the problem, you just know there’s a problem there. Gorman overreaches in her attempt to create a mini-Crash, where every action has a consequence elsewhere among this little network of Australians. The film feels incomplete at times, the script amateurish, peppered with useless wisps of dialogue like ”An affair is an affair no matter how it’s wrapped up.”

Salvage comes by way of Parish’s glorious camerawork. Somebody, please, give this guy a masterpiece to shoot. — RS