Home / Special Feature / Reel Affirmations / For the Bible Tells Me So

For the Bible Tells Me So

By Metro Weekly Contributor on October 14, 2007 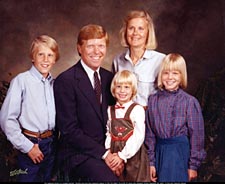 This is not a unique or novel line of thinking, but in some ways that is what makes Bible such a brilliant film. There is a calm, plainspoken quality to the documentary that stands in sharp relief to the clash we often hear when trying to reconcile organized religious communities with the GLBT community.

Daniel Karslake has finely juxtaposed the stories of five families from various faith backgrounds coming to a place of understanding — though not always resolution — with their lesbian and gay children with comments by a host of noted religious scholars. What results is a beautifully layered and nuanced documentary. It is not surprising that it has already garnered numerous awards including the prestigious Grand Jury Prize at the 2007 Sundance Film Festival. 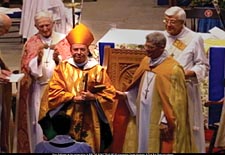 Among the families presented are those of former House Majority Leader Richard Gephardt (whose daughter Chrissy will participate in a panel discussion following the screening) and Imogene and Victor Robinson, the lovely parents of Episcopalian Bishop Gene Robinson. The film also provides an opportunity for audiences to hear the stories of the Poteat family, the Reitan family and the brave journey taken by Mary Lou Wallner following the suicide of her daughter.

One hopes that For the Bible Tells Me So will be given the opportunity to do more than preach to the choir, that even those who see only a vast chasm between communities of faith and the GLBT community will hear the diversity of intelligent, thoughtful voices Karslake has assembled. — TA

For the Bible Tells Me So