IN DOLLS, THE teenager Iska, played by Marie Dolezalova with a face reminiscent of Botticelli's Venus, comes to terms with her identity.

”Lesbo. Lesbian. Lesbian like a thespian,” Iska mutters to herself, after she does in fact engage in a little theater, putting on a ”lezzie act” with her friend and fellow ”doll,” Karolina, for strangers. She gets a little too into character though, leading to a series of chain reactions that drives this charming film, which presents coming-of-age and coming-out in rather refreshing, if not novel, ways.

The ”dolls” in Czech director Karin Babinska's tender debut feature each struggle to find inner beauty and peace, and they all cry out for honest recognition and love, from the lesbian Iska to the sex-kitten Karolina. Then there's Vendula, a full-figured girl sharply acted by Petra Nesvacilova. The story follows the three girls and Iska's little brother, Vojta, as they hitchhike through the Czech countryside in search for greener pastures – the eventual destination is the Netherlands.

Their chance meetings with several sundry characters along the way, shot with artful delicacy and occasional poignancy, help them discover things about themselves and their friendships. They all seem to be stronger than when they set out – or at least no worse for the wear – with the possible exception of Vendula. She ends up as the most anguished girl by film's end, and her future seemingly more precarious than the others. For her part, Iska musters her courage – and loses her virginity – as the film progresses. The lovely lesbian is going to be just fine. 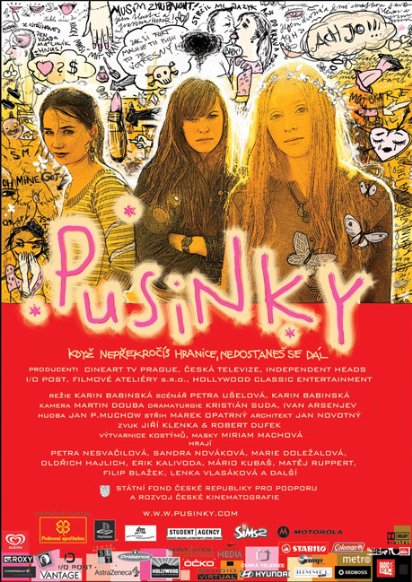