By Metro Weekly Contributor on October 24, 2009 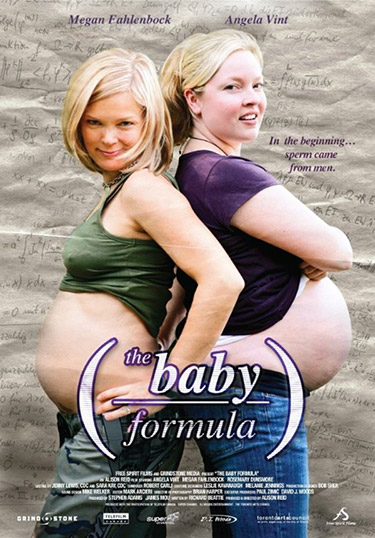 JUST WHEN YOU think the last thing the world needs is another mock documentary you stumble on a film like The Baby Formula that shows there’s room for one more.

The Baby Formula is the story of a woman who, thanks to the miracle of modern science, becomes pregnant without a man. Of course, no one’s actually supposed to know about this bit of human testing as it’s not strictly, entirely, approved just yet.

Athena and Lilith are the happy, expectant couple who find themselves not only dealing with morning sickness and raging hormones but with their radically different (yet equally dysfunctional) families, and a film crew that never seems to take a break.

That director Alison Reid manages to craft some outrageously humorous scenes from the film’s concept is unsurprising. That she manages to bring some genuinely heartfelt and heartbreaking moments to the screen is what makes The Baby Formula such an outstanding success.

Reid has also quite cleverly decided to play a bit of hide-and-seek with the audience, seeding just enough doubt about what’s actually taking place to keep us interested and engaged. It’s a keen wink to the making of documentaries in a time when it seems everyone is waiting to grab hold of their 15-minutes of fame and it’s becoming increasingly difficult to separate reality television from its scripted counterpart.

The Baby Formula is a sly, intelligent comedy that will keep you laughing till the bitter end. Really, stay in your seat. It ain’t over till the fat ladies dance.