By Randy Shulman on April 9, 2011 @RandyShulman 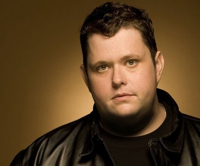 One of Variety’s “10 Comics to Watch,” Ralphie May debuted on season one of Last Comic Standing and is known for his ability to connect with a diverse audience by pointing out society’s hypocrisies and not shying away from touchy topics or ethnic jokes. The heavyweight doesn’t pull punches. Saturday, April 9, at 8 p.m. Lisner Auditorium, The George Washington University, 730 21st St. NW. Tickets are $29.50. Call 202-994-6800 or visit lisner.org.

Warning: The clip below is flowing with profanities and hilarious rudeness. So if you’re feeling a bit on the prudish side, try clicking here instead.