Goodwin Liu — whose nomination for the U.S. Court of Appeals for the Ninth Circuit was stymied by Republican opposition — was confirmed on Wednesday, Aug. 31, for his nomination to the California Supreme Court. He was sworn in by Gov. Jerry Brown (D) today. And, on Tuesday, Sept. 6, Justice Liu is expected to participate in the oral arguments relating to the Proposition 8 appeal. 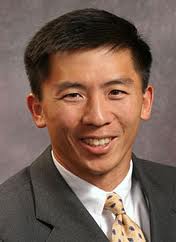 On Sept. 6 — the first day of the court’s term — the court is to hear oral arguments in its attempt to answer the certified question sent to it by the Ninth Circuit relating to whether the proponents of Proposition 8 have standing to appeal now-retired U.S. District Court Judge Vaughn Walker’s August 2010 decision striking down Proposition 8 as unconstitutional.

Philip Carrizosa, a spokesperson for the court, told Metro Weekly, “As a member of the court as of today, we fully expect that he will be participating in the oral arguments.”

As for the specifics of the argument, according to a news release from the court:

The court has given the California Channel permission to broadcast the hearing live, which will begin at 1 p.m. Eastern Time.

Back in 2007, when the California Supreme Court was considering whether the state’s constitution required equal marriage rights for same-sex couples, Liu joined several other constitutional law professors in signing an amicus curie — or “friend of the court” — brief urging the court to end the marriage “exclusion.”

It was, of course, the court’s decision in favor of ending that exclusion that led the opponents of the decision to begin the Proposition 8 campaign. Their role under California law in the post-enactment challenge to Proposition 8 is at issue in the certified question being considered by the California Supreme Court on Sept. 6.

The California Supreme Court will answer:

The Ninth Circuit then will take that answer and decide whether those answers merit a finding of standing under federal law.