Maryland’s First Lady Apologizes For “Cowards” Remark Amid Marriage Battles Across the U.S.

Maryland’s First Lady Catherine Curran O’Malley has apologized after a statement she made on Jan. 26 during her opening remarks at Creating Change, the 24th National Conference on LGBT Equality. 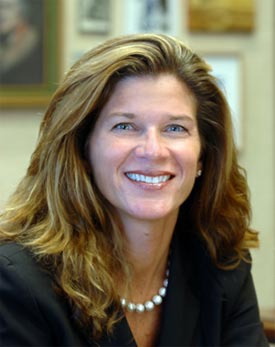 During the speech, she referenced the failed 2011 marriage equality bill saying, “We didn’t expect things that happened to the House of Delegates to occur,” O’Malley said, “but sadly they did, and there were some cowards that prevented it from passing.”

Her comment came a day after Maryland Gov. Martin O’Malley (D) introduced a marriage equality bill with religious exemptions to the state Senate; a House version of the bill has not yet been introduced.

In her apology O’Malley said, “I let my feelings get the better of me. I deeply respect that there are strongly held and differing views on marriage equality in Maryland, but hope that our state’s elected officials will come together to fairly address this important issue for our families and children.”

Maryland, however, is only one of eight states currently considering marriage equality laws. Below are the most current developments in each:

California: An organization called Love Honor Cherish has begun collecting the 807,615 signatures needed by May 14th to get a Proposition 8 repeal on the 2012 ballot. They have stated, however, that they will not submit the signatures if the U.S. Court of Appeals for the Ninth Circuit upholds District Court Judge Vaughn Walker’s ruling that Proposition 8 is unconstitutional.

Maine: Voters will decide on a measure put forth by marriage equality supporters to legalize marriage equality on the November 2012 ballot. Current citizen support in favor of the measure stands at 54 percent.

Minnesota: This week, Senator Al Franken (D) made a video for the HRC’s Americans for Marriage Equality campaign stating, “I think everybody should be able to marry the person they love. And I think our government should help people make those life-long commitments.” The state will vote in November on a constitutional amendment that would ban marriage equality.

New Hampshire: This month, Republican House leaders delayed a vote on a bill to repeal the state’s marriage equality statutes. The vote is projected to occur in February.

New Mexico: This Wednesday, state Rep. David Chavez (R) introduced a constitutional amendment to ban recognition of any same-sex marriages that occur within or outside of the state.

North Carolina: The organization, Protect All North Carolina Families has pledged to hold 1 million conversations with the state’s 6,262,566 registered voters. Residents will vote on a constitutional amendment to ban marriage equality this May.

Washington: Though the state’s governor, senators and representatives have pledged to help legalize marriage equality in the legislature, opponents of the bill could still attempt to repeal the law with a 2012 ballot measure this November.