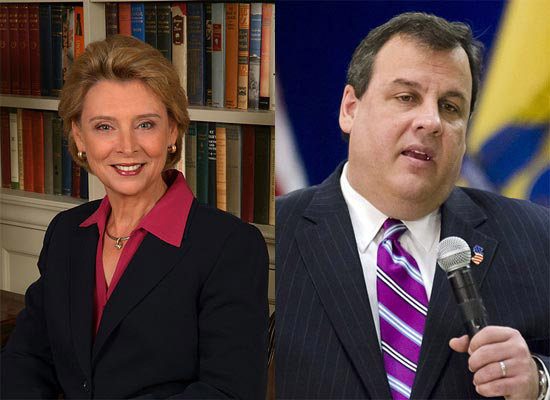 Washington Gov. Chris Gregoire (D) signed a statewide marriage equality bill into law this Monday, Feb. 13. The same day, the New Jersey Senate passed a marriage equality bill by a 24 to 16 vote. But both bills will continue to face political opposition, leaving both states’ same-sex couples uncertain about their marriage prospects.

Also this week, the Colorado legislature has begun hearings on a bill to extend more rights currently extended to opposite-sex couples to the state’s same-sex civil unions.

Referendum 74 would ask voters to approve or reject the new marriage equality law. The iniative — Initiative 1192 — was filed last month by state attorney general candidate Stephen Pidgeon (R) and would ask voters to restrict the state’s marriage statute to only recognize marriages between a man and a woman. There is, however, little to no organizing regarding Pidgeon’s effort, according to organizers in the state.

If Pidgeon’s initiative and Referendum 74 make the ballot, marriage equality supporters will have to vote “no” on 1192 and “approve” on 74 — potentially confusing pro-equality voters. In response, local activist Steven Puvogel has begun the Decline to Sign campaign to discourage support of both Referendum 74 and Initiative 1192.

However, if Referendum 74 fails to collect enough signatures by June 6th, same-sex couples could begin marrying soon after.

Gregoire sent New Jersey Gov. Chris Christie (R) a personal letter on Jan. 31, inviting him to discuss her personal journey towards supporting marriage equality as a Catholic. According to Think Progress, however, Governor Christie has not yet responded to the letter.

On Feb. 13, the New Jersey Senate passed the marriage equality bill 24 to 16, with Republican senators Jennifer Beck and Diane Allen voting for it and Democratic senators Jeff Van Drew and Ron Rice voting against it.

On Feb. 14, though, Governor Christie called the vote “a good bunch of theater” saying that the Senate will not secure the 27 votes needed to override his promised veto.

Though the New Jersey Assembly is expected pass the bill tomorrow , it would need 54 “yes” votes and the support of at least five Republicans to override a veto in the House. It also would need three more supporters in the Senate. If Christie were to veto the bill, as expected, state legislators will still have until January 2014 to secure the two-thirds veto-proof majorities needed in each chamber to turn the bill into law.

[CORRECTION: It will take 54 “yes” votes in the new Jersey Assembly to override an expected veto by Gov. Chris Christie (R), should the bill pass. This story originally stated an incorrect number of needed votes.]