With a 211 to 116 vote on Wednesday, March 21, the New Hampshire House of Representatives rejected a bill to repeal the state’s marriage equality law. According to Reuters, about 100 Republicans voted against the bill.

Although the bill was expected to be vetoed by Gov. John Lynch (D), supporters of repealing the 2009 legislation that Lynch had signed into law were hoping to secure the two-thirds vote in favor of repeal that would have been needed to override a veto. 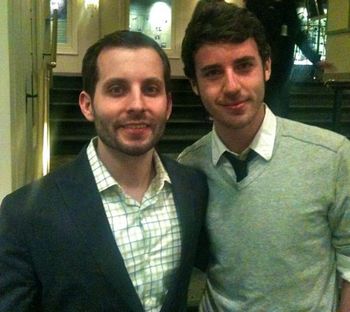 Craig Stowell, a resident of New Hampshire who testified before the legislature in support of the right of his gay brother, Calvin, to marry, became the co-chair of the Standing Up for New Hampshie Families coalition that fought to preserve the law.

A Republican, Craig Stowell said in a statement released by the coalition, “Today is a banner day for the freedom to marry. Our opponents have been crowing about getting their two-thirds, but in the end, it’s clear they couldn’t muster the votes. This is a victory for our supporters — the majority of Granite Staters who oppose any roll back of marriage equality — because they reached out time and again and told lawmakers to leave this law alone.”

“This was our opponents’ best shot and they blew it,” he continued. “This was supposed to be the most favorable legislative climate for repeal and they couldn’t even get a majority.”

“We thank Governor Lynch and supportive Republican and Democratic legislators for their tireless work on bringing marriage equality to the state and their continued leadership in the weeks ahead,” Solmonese said in a statement. “And we could not be more proud of Claremont’s Craig Stowell, a conservative Republican and former Marine, who has been fighting to defend his gay brother’s freedom to get married.”

American Foundation for Equal Rights board member and former Republican National Committe chairman Ken Mehlman had, as he did earlier in New York and Maryland, stepped up in recent months to help convince Republican lawmakers to vote in favor of marriage equality.

In a statement released by AFER, he said, “Congratulations to the thousands of New Hampshire residents who came together for fairness. Thanks to their powerful voices, dozens of New Hampshire Republicans joined their colleagues across the aisle to stand up for freedom and family values.”

Back in January, Mehlman — who had run President George W. Bush’s re-election campaign in 2004 when many states had marriage amendments, which Bush had supported, on their ballots — wrote an opinion piece for the Union Leader opposing marriage equality repeal.

Noting that he was traveling to the state to urge Republican lawmakers to reject the bill, he concluded: “It’s time to stand up for individual freedom and liberty, to live by the Golden Rule and to oppose any effort to diminish or strip away individual rights, and to return to the real business of building business, keeping taxes down and growing our economy. ‘Live Free or Die’ should be more than just a slogan.”

“Our opponents tried to abuse the 2010 Republican legislative sweep in New Hampshire to repeal the popular law.  What they didn’t count on was the fact that the freedom to marry is becoming a bipartisan value, as resoundingly reflected in today’s vote,” he said in a statement. “We are grateful to Governor John Lynch for his principled defense of the freedom to marry law, and to the many lawmakers — both Republican and Democrat — who listened carefully to their constituents and recognized that New Hampshire is stronger when all committed couples can share in the freedom to marry.”

Of the vote, National Gay and Lesbian Task Force executive director Rea Carey said in a statement, “This is a wonderful victory for New Hampshire, which again took a stand for families. The House was right to reject efforts to turn back the clock on freedom and fairness in New Hampshire. Thank you to all the lawmakers who recognized our common humanity, and to Gov. John Lynch for his support of the freedom to marry.”

[Photo: Craig Stowell, left, and his brother, Calvin, at a Human Rights Campaign event in Washington, D.C., in February 2011. (Photo by Chris Geidner.)]