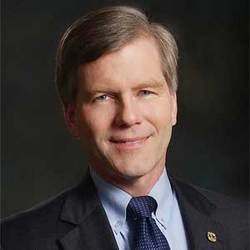 Equality Virginia, the commonwealth’s primary LGBT-rights group, is asking Gov. Bob McDonnell (R) to veto a bill passed overwhelmingly by the Virginia Assembly in February that allows student groups to discriminate against potential members based on their religious, philosophical or political views and prohibits universities and educational institutions from denying such groups funding or other resources based on the content of their speech or views.

Equality Virginia sent an email to supporters Friday afternoon asking them to contact McDonnell and urge him to veto the bill, which passed the House 80-19, and the Senate 22-18.

The Richmond Times-Dispatch also ran an op-ed urging McDonnell to veto the bill. Several student representatives at Virginia Tech signed a letter asking McDonnell to oppose it, as has the American Civil Liberties Union (ACLU) of Virginia.

If McDonnell does sign the bill into law, campus organizations could claim religious, political or philosophical objections to admitting particular students, without fear of any reprisal from school administration. But Equality Virginia and other LGBT advocates fear that those so-called protections will be used to discriminate against LGBT students.

McDonnell is expected to sign the bill Monday, March 25.