Maybe this weekend you’re headed to Wolf Trap to take in the National Symphony Orchestra’s multimedia show Frozen Planet in Concert. Or R&B great Anita Baker. Or the a cappella sensation Straight No Chaser.

Each act appeals to a different audience, but all take place in the national park for the arts’ main venue, the Filene Center. And fun fact: That venue is not pronounced the way you were probably weaned. Instead of emphases on the “i” and the first syllable, as in the old department store, the emphases is on the “e” and the second syllable, so that it rhymes with “wean” — and “mean” and “scene” and so on: The “fe-LEEN” Center.

“The woman who founded this was a woman named Catherine Filene Shouse,” Wolf Trap’s Arvind Manocha explains. “She was from the Filene family of Boston, where the stores originated…It’s actually the “fe-LEEN” family, that’s how they would say it.” Manocha isn’t sure what accounts for the public mispronunciation of the store name, but the concert venue has been pronounced the right way ever since the structure first opened on former farmland donated by Shouse in 1971. (The current building dates to 1984.)

Manocha touched on the history, present and future of Wolf Trap during an hour-long interview with Metro Weekly, as part of this week’s cover profile. Manocha, who took over the helm of the great outdoor complex in January, wouldn’t reveal what tricks he might have up his sleeve, changes he’d like to implement at the complex over the coming years. But there were hints here and there, chiefly related to programming and education. For starters, while Manocha’s favorite band the Rolling Stones are too big to play the Filene Center, during the interview he mentioned regular spins through the catalogs of Whitesnake, Gorgio Moroder and Nile Rodgers, among others. (Talk of Moroder and Rodgers naturally segued to Daft Punk, another act too big to Filene.)

Walking the park grounds as part of a photo shoot, Manocha expressed interest in taking more advantage of what is known as the Meadow Pavilion, a gorgeous small wooden structure featuring a slightly elevated, partially covered stage that once served as a venue for presenting children’s theater before the opening of the Children’s Theatre-in-the-Woods, set deeper in the park. These days the Meadow Pavilion stands unused, but Manocha expressed offhand interest in changing that. He also mentioned the venue during an interview when asked whether Wolf Trap would ever consider hosting a multi-stage, daylong summer festival along the lines of the indie-pop Sweetlife Festival at Merriweather Post Pavilion. “Between the Filene Center and the little Meadow Pavilion, I think there are some opportunities to do some day-long stuff here too,” he said. If timed right, perhaps over Labor Day weekend, the Barns could also factor into that multi-stage mix. The Barns is where the Wolf Trap Opera Company sets up shop for most of the summer, and where smaller, predominantly folk acts perform in colder months.

At the very least those physical structures at Wolf Trap are solid. “There’s no major renovation or change planned, or needed,” he said, in response to questions about whether the complex’s performing arts venues might see upgrading. “The [National] Park Service, who are our partners here…they do a great job of keeping up with the stuff.”

Manocha’s primary focus is on increasing Wolf Trap’s education efforts, and its work with 16 partner sites around the country offering arts-based curricula. Manocha calls Wolf Trap’s arts education efforts unique in its “focus on integrative arts programs for four-year-olds and five-year-olds, with the intent of learning other skills, like math and science and engineering.”

“That’s something I want to amplify,” Manocha adds. “Not only so people understand that going to concerts here is tied to all of that [as ticket proceeds benefit the education efforts] but also so that we can grow those programs and provide more service.” 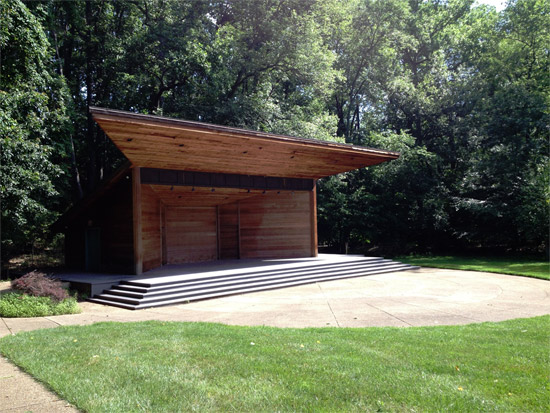