Pennsylvania Attorney General Kathleen Kane (D) announced today she would not defend the state’s law prohibiting same-sex marriage. Kane’s satement came in response to a lawsuit challenging a statute banning the recognition of same-sex relationships, according to reporting from WPVI, a Philadelphia ABC affiliate. 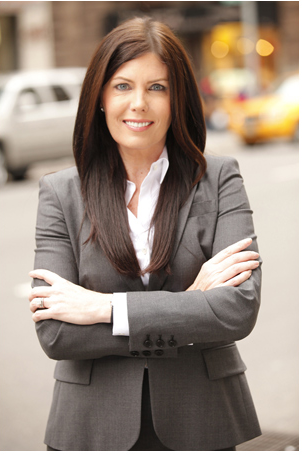 The lawsuit, backed by the American Civil Liberties Union (ACLU), has been brought on behalf of 10 same-sex couples and one widow against Kane in her role as attorney general, Gov. Tom Corbett (R), and Pennsylvania Secretary of Health Michael Wolf.

The case, Whitewood v. Corbett, asks the state to either allow the couples to wed or recognize their legal out-of-state marriages, claiming that refusing to do so violates their “fundamental right to marry as well as the Equal Protection Clause of the Fourteenth Amendment.”

“I cannot ethically defend the constitutionality of Pennsylvania’s version of DOMA,” Kane said at a press conference at the National Constitution Center in Philadelphia in explaining her refusal to defend the state’s statute modeled on the national Defense of Marriage Act (DOMA), a section of which was recently overturned by the U.S. Supreme Court.

“I believe it is wholly unconstitutional,” Kane said of the statute defining marriage as the union of one man and one woman.

Though Kane is refusing to defend the law, opponents of same-sex marriage may find an ally in Corbett, who is expected to defend it. Kane said her office sent a letter delegating authority back to the Office of General Counsel, which will defend the law at Corbett’s request.

The ACLU of Pennsylvania issued a press release praising Kane for her decision not to defend the ban.

“We are pleased that the attorney general recognizes what we have long known – that Pennsylvania’s ban on marriage for same-sex couples is indefensible,” Reggie Shuford, executive director of the ACLU of Pennsylvania, said in a statement. “We look forward to continuing the fight to make sure that one day every Pennsylvanian will be free to marry the person he or she loves.”

Pennsylvania State Rep. Brian Sims (D-Philadelphia), one of the commonwealth’s two out gay lawmakers and the first to be elected after coming out, posted a press release to his Facebook page Thursday applauding Kane’s decision. Sims is in the process of co-introducing legislation to legalize same-sex marriage in Pennsylvania along with State Rep. Steve McCarter (D).

“We are certainly living in historic times,” Sims said in the release. “Marriage equality will happen in Pennsylvania, the only question remaining is ‘when?’ When the U.S. Supreme Court declared the federal DOMA unconstitutional, the decisions thrust many states, Pennsylvania included into the national spotlight.”

“Attorney General Kane, Pennsylvania’s lead legal authority, has a keen legal mind and in her determination has decided that continuing to defend the Commonwealth’s DOMA has no legal merit,” Sims continued. “While this does not mean that marriage equality will become law in Pennsylvania today, certainly AG Kane’s announcement is a step in the right direction to address the legal inequalities impacting LGBT Pennsylvanians.”

Following the Supreme Court’s finding, issued June 26, that Section 3 of the national Defense of Marriage Act (DOMA) was unconstitutional, supporters of same-sex marriage have begun pursuing lawsuits in other states besides Pennsylvania, in the hope of eventually forcing the Supreme Court to rule on whether people with same-sex attraction have a fundamental right to wed.

In addition to Pennsylvania, a lawsuit in Michigan challenging that state’s ban on same-sex marriage is scheduled to be heard on Oct. 1. Courts are expected to take up other lawsuits in Nevada, Illinois, Hawaii and New Jersey, all of which have some form of civil unions or domestic partnership. Marriage-equality advocates also recently announced plans for a lawsuit challenging Virginia’s ban on recognizing same-sex relationships.

[Photo 1: Pennsylvania AG Kathleen Kane (courtesy of the office of the Attorney General)].