It was roughly a decade ago when Adam Ebbin took his seat in the Virginia House of Delegates, making history as an out legislator in the General Assembly. Virginia may be known for plenty of things, but openly gay officeholders is not one of them. Down in Richmond, as an out gay elected official holding a state-level office, Ebbin is one of a kind.

”By the time I was in high school, I thought that’s what I wanted to do,” Ebbin says of being a legislator. ”But when I came out I didn’t think that would be possible.” 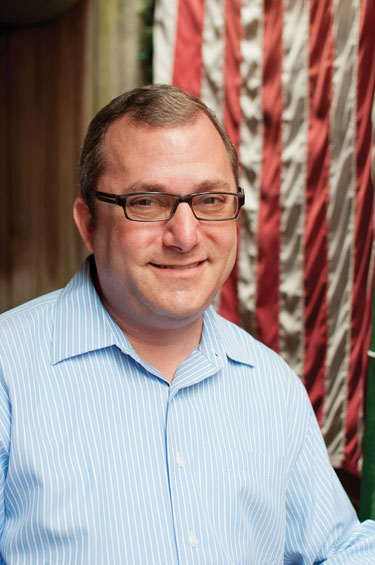 In many parts of the commonwealth – not to mention jurisdictions across the country – it certainly might not be possible. But Ebbin, now a state senator, has proved an exception, representing the relatively progressive enclave of District 30’s portions of Fairfax and Arlington counties and Alexandria.

His role puts him on the front line of a battleground state with one of the harshest anti-gay laws on the books, 2006’s Marshall-Newman Amendment barring any recognition of same-sex couples. It’s a good thing that Ebbin’s passion for participation is so strong. Certainly, the $18,000 senator’s salary alone isn’t enough to keep a legislator in the fight.

”I have strong beliefs in what can make a better Virginia,” Ebbin says. ”The first time I went to Richmond was to volunteer with what was then called Virginians for Justice. The pace of change – or lack thereof – frustrated me incredibly. It’s incredibly frustrating when you’re not involved.

”There’s nothing more gratifying than being able to affect the pace of change by having the microphone during the General Assembly session, having the ability to influence policy that comes with elected office.”

Along with the gratification, there is also a sense of patriotism.

”I don’t usually think in those terms, but the honor of serving in a General Assembly that Patrick Henry and Thomas Jefferson served in – I can’t even compare myself to them – to think that there were people like that who held office in Virginia, those people were true patriots.”

Ebbin adds, however, that it doesn’t take a Founding Father’s legacy to prove love of country.

”We’re all patriotic if we believe in our country and in using the democratic process,” the senator says. ”Whether it’s just by being voters or by being members of the armed forces, we’re all patriots in that sense. If you love and support our country – and, by extension, love and support the things that make our country great – that’s what patriotism is. There’s nothing more patriotic than to be involved and to work to build a better state, a better community, a better world. It doesn’t have to be done by holding a political office. It’s done through public service, whether you’re cleaning up a playground or a stream, or advocating for your elected officials at town meetings, or volunteering for who you believe will affect the most positive change on our country.”

When it comes to patriotism and his own place in history, Ebbin still points to Jefferson. Ebbin is partial to the famous Virginian’s quote, ”I am not an advocate for frequent changes in laws and constitutions, but laws and institutions must go hand in hand with the progress of the human mind. As that becomes more developed, more enlightened, as new discoveries are made, new truths discovered and manners and opinions change, with the change of circumstances, institutions must advance also to keep pace with the times.”

That is how Ebbin sees himself playing his part as one gay legislator representing his district – and all LGBT Virginians, really – in what was once the capital of the Confederacy.

”I believe that Virginia will change with the ‘progress of the human mind,”’ says the optimistic Democrat. ”To be part of that process of Virginia waking up from its history is a great honor and really my life’s goal.”

With that goal in mind, Ebbin says he’s committed to staying put, to fighting the good fight in Richmond. Whatever is in the commonwealth’s future, Ebbin has planted a rainbow flag along its timeline. Maybe one day, students studying Virginia’s roster of patriotic Americans will find Ebbin’s name among Henry’s and Jefferson’s.

They may also learn that Virginia’s out gay legislator had a better country in mind not only for his constituents, but for the future.

”To give up is to retreat,” Ebbin says plainly. ”Things can be frustrating at times, but I guess I have great hope that things can and will get better. Sometimes it can feel like water against a stone and it can take a while to change things, but it’s not acceptable to let narrow-mindedness prevail. That’s just not something I would accept.”