I’ll say this now — Fall 2013 will go down as one of the worst in recent memory for television. The caliber of entries is so utterly mediocre, so devoid of any fresh or truly outstanding ideas that one has to wonder just what exactly is happening at the various networks. Comedy is the main culprit here, but drama fares little better. Even with outstanding actors such as Robin Williams, Allison Janney, Anna Faris, James Spader, Toni Colette, Bradley Whitford, Sean Hayes and Margo Martindale, this year’s crop of shows can’t seem to rise above middling. Thankfully, there are a few diamonds in the rough, so let’s sift through and find the series you should be watching this fall. 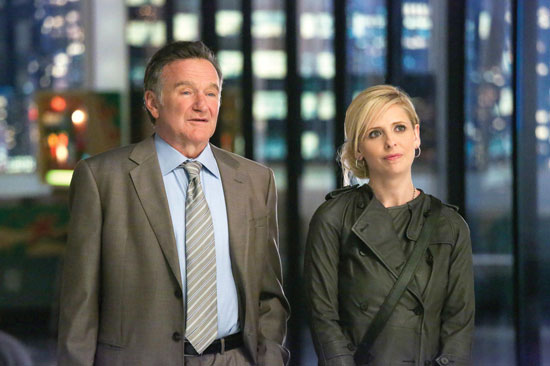 Almost Human — J.J. Abrams brings us a buddy cop drama with a difference. Set in 2048, we follow Karl Urban as a police detective in an LAPD where every detective is paired with a lifelike android — and, naturally, Urban’s character hates them. Forced to work with an experimental android, one with human emotions, it’s here that Almost Human gets interesting. The future-yet-familiar setting, the action-packed gunfights, the buddy-cop dynamic we’ve so often seen, but with a fresh coat of paint — it all points to a very watchable show. Whether anyone will, and whether Fox will continue to foot what must be a substantial bill, remains to be seen. (Fox, 11/4)

Atlantis — The British are coming. BBC America is co-producing this supernatural drama with the BBC across the pond, and if rumors are true, a massive budget and even bigger scope are being liberally applied to it. Using a broad range of mythological creatures and characters, and likely copious amounts of CGI, Atlantis is aiming to draw inspiration from Doctor Who and Merlin in providing accessible drama for all ages. If the Beeb can pull it off, we could be looking at another smash for the Brits. (BBC America, 11/23)

Back In The Game — I have to ask: Did anyone proofread the scripts at ABC? Set in the dizzyingly glamorous world of Little League Baseball, Maggie Lawson stars as a mom whose son is rejected from the local team, so starts her own comprised of rejects and outcasts. Cue comedy. No? Okay, what about James Caan starring as her aggressive, asshole dad, who berates anyone and everyone. Cue comedy now? Really? Emmm…. Oh! Ben Koldyke is the chauvinist pig who laughs at every woman who tries to oppose him, and whose character is named Dick, allowing our heroine to call him Dick, with an emphasis, for comedic effect. When does this sitcom actually become funny? That would be never. (ABC, 9/25)

Brooklyn Nine-Nine — As funny a show as one from a Parks and Rec co-creator can potentially be, please, no more Andy Samberg. (Fox, 9/17)

Dads — Racist, homophobic, ageist…. It’s the perfect recipe for an episode of Family Guy. Set it in the real world, however, and Seth MacFarlane’s sitcom is offensively unfunny. (Fox, 9/16)

Rhuaridh Marr is Metro Weekly's managing editor. He can be reached at rmarr@metroweekly.com.
← Previous Story Films for Fall 2013: Blockbuster Movies and Documentaries
Next Story → Moving Up