By John Riley on January 23, 2014 @JohnAndresRiley

Virginia Attorney General Mark Herring (D) announced at a press conference Thursday that he would no longer defend the state’s ban on recognizing same-sex relationships, reversing the policy of his predecessor, Ken Cuccinelli, and prompting Virginia Republicans to call for his resignation. 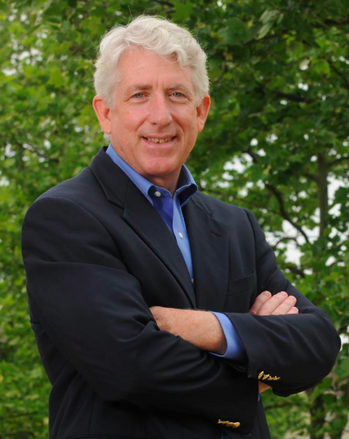 Herring said, after a through review of the law, he believes Virginia’s ban on recognizing any form of same-sex relationships is unconstitutional and said he could no longer defend legal challenges to the ban that are pending in court.

“I swore an oath to both the United States Constitution and the Virginia Constitution,” Herring said in a statement. “After thorough legal review, I have now concluded that Virginia’s ban on marriage between same-sex couples violates the Fourteenth Amendment of the U.S. Constitution. On two grounds; marriage is a fundamental right being denied to some Virginians, and the ban unlawfully discriminates on the basis of both sexual orientation and gender.”

At the press conference, Herring, flanked by Chief Deputy Attorney General Cynthia Hudson and Solicitor General Stuart Raphael, defended his determination that the law is unconstitutional, saying that he believes Virginia’s statutory and constitutional bans on same-sex marriage are in conflict with federal law. Herring cited the U.S. Supreme Court’s recent ruling in the Defense of Marriage and Proposition 8 cases, where Justice Anthony Kennedy, speaking on behalf of the court’s majority, found that the due process clause of the U.S. constitution was violated by treating same-sex married couples differently from other married couples.

Herring also invoked Virginia’s history on civil rights, including the 1967 Loving v. Virginia case that overturned state anti-miscegenation laws, saying there is a “long line” of cases concerning the fundamental right to marry on which to base his legal reasoning.

“Virginia has argued on the wrong side of some of our nation’s landmark cases – in school desegregation in 1954, on interracial marriage with the 1967 Loving decision, and in 1996 on state-supported single-gender education at VMI. It’s time for the Commonwealth to be on the right side of history and the right side of the law.”

Herring also argued that there is precedent for his actions, citing a decision by Cuccinelli, when he was attorney general last year, not to defend the Opportunity Educational Institution. Former Attorney General Jerry Kilgore, also a Republican, previously joined with 43 other state attorneys general in 2003 to argue that an attorney general is properly carrying out his constitutional duties when he seeks to invalidate a state law he believes to be unconstitutional. The Kilgore brief also says that when an attorney general believes a state law “violates the constitution, he has a paramount obligation to defend the constitution he is sworn to uphold.”

“There are those who will say that the Attorney General is required to defend every state law, even one that is unconstitutional,” Herring said, trying to pre-empt his critics while noting that doing so would be a violation of his oath of office.

Herring’s decision comes just a week before the plaintiffs in the case of Bostic v. Rainey, one of two lawsuits in the state that are challenging the ban on same-sex marriage, are set to have their first hearing in the U.S. District Court for the Eastern District of Virginia before Judge Arenda L. Wright Allen. Lawyers for the plaintiffs, two long-term same-sex couples from the Norfolk area, in the Bostic case will argue that Virginia’s marriage amendment – also known as the Marshall-Newman Amendment – is unconstitutional because it violates the Equal Protection Clause of the Fourteenth Amendment of the U.S. Constitution, violates due process, and singles out gays and lesbians for a disfavored legal status, thereby creating a category of “second-class citizens.”

The Bostic plaintiffs are also receiving legal assistance from the American Foundation for Equal Rights (AFER), and a pair of lawyers, conservative attorney Ted Olson and liberal attorney David Boies, who argued in favor of overturning California’s ban on same-sex marriage as enshrined by the ballot initiative Proposition 8. The attorneys and AFER previously announced they were joining the Bostic case in September 2013.

Herring’s office is expected to file papers clarifying the state’s new position in the Bostic case, and also in a second case challenging Virginia’s ban, Harris v. McDonnell, in which the national organization the American Civil Liberties Union (ACLU), the Virginia chapter of the ACLU, and pro-LGBT legal organization Lambda Legal are suing on behalf of two lesbian couples for the freedom to marry in the commonwealth and the recognition of same-sex marriages legally performed in other jurisdictions.

Herring warned, however, that his finding that the law was unconstitutional would not make it void. Rather, he said, the state would simply no longer defend the constitutionality of the ban on same-sex marriage as the issue works its way through the courts. In both the Bostic and the Harris cases, the plaintiffs sued Virginia’s State Registrar of Vital Records Janet Rainey, in her official capacity, because the registrar is tasked with enforcing Virginia’s constitutional and statutory bans on same-sex marriage. While the attorney general’s office must appear on Rainey’s behalf in court, neither Raphael, arguing on behalf of the attorney general’s office, nor Rainey, will seek to defend the law’s constitutionality, even though Rainey must continue enforcing the ban on same-sex marriage until it is overturned or repealed.

“Virginians should no longer face discrimination and economic hardship based on whom they love and commit their lives to,” Herring said. “Writing for the Court in 2003 in the Lawrence v. Texas case, Justice Kennedy explained that the Constitution’s framers ‘knew times can blind us to certain truths and later generations can see that laws once thought necessary and proper in fact serve only to oppress.’ The Registrar and local clerks will continue to enforce the ban until the courts can act, but the Registrar and I will not defend it, and will argue for its being declared unconstitutional.”

Although Herring eventually became a supporter of marriage equality, even campaigning on it in last year’s election, which he won by a narrow margin over Republican State Sen. Mark Obenshain, he had originally voted for the Marshall-Newman Amendment after he was first elected to the state senate. In his press conference, Herring said he had changed his opinion after seeing the law infringe upon the rights of Virginia families. He said his constituents and his family both prompted him to examine the legal justification for denying marriage to same-sex couples.

“I was wrong to stop short of marriage equality,” Herring said of his 2006 senate vote in favor of Marshall-Newman. “Too many times our citizens have to lead the way on civil rights as their elected officials stand against them.”

But, he added, “My decision today is not just based on my policy preference, it is based on my study of constitutional law.”

Mullins argued in the press release that Virginia’s constitutional amendment banning same-sex marriage and the challenges to it were “well known” when Herring decided to run for attorney general, which requires him to defend the Virginia constitution, even the parts that he may not agree with.

“For a court to make a determination on an issue with this much gravity, both sides need to be ably represented,” Mullins continued. “Only through a robust and fair adversarial system – where both sides have the resources they need to make the best possible case – can the courts reach a fair decision on this issue. Mark Herring’s decision today not only abandons his first duty, it hobbles this vital legal process. It turns what could have been landmark jurisprudence into a political farce.”

“If Mark Herring doesn’t want to defend this case, he should resign, and let the General Assembly appoint someone who will,” Mullins said. “Mark Herring owes the people of Virginia no less.”

“This is a great day for the Commonwealth of Virginia,” Olson, the attorney for the Bostic case, said in a statement. “Virginia’s marriage laws are needlessly mean-spirited and cause harsh and gratuitous pain and humiliation to gay and lesbian Virginians and their families. Attorney General Herring’s actions today have brought Virginia that much closer to the quintessential American ideals of equality under the law and the freedom to pursue happiness. We are grateful for his leadership and look forward to working with him to strike down Virginia’s odious marriage ban.”

“We’re pleased to welcome the Attorney General and the Commonwealth to the right side of history, and we want to be sure that whatever happens next will result in a quick, clear and final decision affirming the freedom to marry for our clients and for all Virginians,” said Claire Guthrie Gastañag of the ACLU of Virginia, representing the plaintiffs in the Harris case.

“Attorney General Herring joins the growing legal and public consensus that barriers to marriage for lesbian and gay couples do not protect anyone and only harm Virginia families,” said HRC President Chad Griffin. “This courageous stand on behalf of the Commonwealth plants Virginia firmly on the right side of history.”

“Equality Virginia is excited to see the Attorney General take careful consideration and find that the Marshall-Newman Amendment is unconstitutional,” James Parrish, the executive director of Equality Virginia said in a statement. “It is great news that he will join the case in Norfolk to strike down this unconstitutional ban. We hope this will accelerate the extension of the freedom to marry to all Virginians in the Commonwealth.”