A federal judge who struck down Ohio’s ban on recognizing same-sex marriages performed in other states put his ruling on hold Wednesday pending appeal, but not for the four same-sex couples who brought the case. 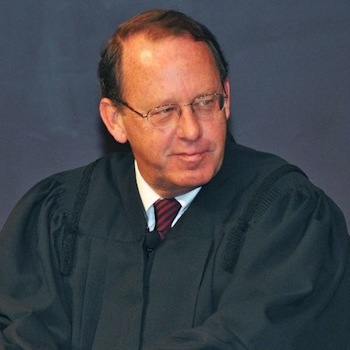 U.S. District Court Judge Timothy Black granted the state’s request for a stay, while noting that he does not believe the state, which is defending the ban, will be successful with their appeal.

“[T]he Court acknowledges that recognition of same-sex marriages is a hotly contested issue in the contemporary legal landscape, and, if Defendant Himes’s appeal is ultimately successful, the absence of a stay as to this Court’s ruling of facial unconstitutionality is likely to lead to confusion, potential inequity, and high costs,” Black wrote.

However, Black did not stay his decision for the eight individual plaintiffs in the case and ordered Ohio to issue birth certificates that list both lawfully married same-sex spouses as parents for the plaintiffs’ children.

“The same considerations and costs do not attach to Plaintiffs’ as-applied claims, however, as Plaintiffs have demonstrated that a stay will irreparably harm them individually due to the imminent births of their children and other time-sensitive concerns, (as well as due to the continuing Constitutional violations),” Black added.

Black previously ruled in December 2013 that Ohio must recognize legally married same-sex couples, but only for the purposes of death certificates. In his ruling Monday, Black went further, declaring Ohio’s 2004 ban denying recognition of same-sex marriages as unconstitutional. The state is appealing Black’s decision to the 6th Circuit Court of Appeals, much as it did with his previous ruling applying to death certificates.

“Premature celebration and confusion do not serve anyone’s best interests,” Black wrote in explaining the grant of a stay today. “The federal appeals courts need to rule, as does the United States Supreme Court.”