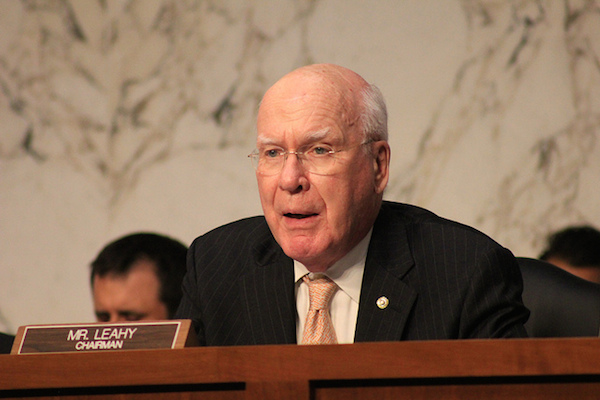 Tuesday’s two-hour confirmation hearing for a controversial Obama judicial nominee did little to quell the concerns of the nation’s largest LGBT-rights organization.

In a letter sent Wednesday to Sens. Patrick Leahy (D-Vt.), chairman of the Senate Judiciary Committee, and the committee’s ranking member, Chuck Grassley (R-Iowa), the Human Rights Campaign announced their continued opposition to the nomination of Michael Boggs to the U.S. District Court for the Northern District of Georgia.

“In a hearing before the Senate Judiciary Committee yesterday, Boggs failed to adequately address his troubling record on issues of civil and reproductive rights during his time as a state legislator and as a state judicial candidate,” HRC Government Affairs Director David Stacy wrote. “Given the lifetime tenure of his proposed appointment, it is paramount that all questions regarding Boggs’ ability to fairly serve all Georgians regardless of race, gender, sexual orientation or gender identity be resolved prior to confirmation.  Yesterday’s hearing failed to alleviate concerns surrounding this fundamental qualification.”

Boggs was nominated by President Barack Obama in December and is part of a compromise with Georgia’s Republican senators, Saxby Chambliss and John Isakson, to fill six judicial vacancies in Georgia. Boggs’s legislative record from when he served as a Democrat in the Georgie House of Representatives, from 2000 to 2004, dominated yesterday’s hearing as Democratic senator after Democratic senator questioned whether his conservative political views on same-sex marriage, abortion and the Confederate flag would inform his decisions on the federal bench.

“My personal opinion was, at the time, over a decade ago, that I was in support of a proposed constitutional amendment that would have banned same-sex marriage. My position may or may not have changed since that time, as many peoples’ have over the last decade,” Boggs said. “Moreover my position on that as reflected by those personal comments in 2004 have never had any import whatsoever in how I decided cases or how I analyzed issues both as a trial court judge and an appellate court judge.”

Boggs, who has been a judge on the Georgia Court of Appeals since January 2012 and served as a superior court judge from 2004 to 2012, told the committee that the “best evidence of the type of judge I will be is the record of the type of judge I have been. I don’t think my legislative record that’s over a decade old is indicative of what type of judge I might be on the federal district court.”

At least two senators on the committee appeared skeptical of Boggs’s assurances.

“My vote depends on whether I believe that or not,” Sen. Dianne Feinstein (D-Calif.) said in response to Boggs’s promise that he would follow legal precedent. “For my vote, I have to have certainty. I don’t know quite how to get it, in view of this record. I just want to put that out there publicly.”

Sen. Al Franken (D-Minn.) said he felt misled by a private conversation he and Boggs had prior to the hearing over why Boggs supported keeping the Confederate battle emblem on the Georgia state flag.

Those assurances also did not convince HRC, which stated in its letter today that Boggs’s “clear record of hostility towards equality in his home state as an elected official, and his continued failure to adequately address outstanding concerns regarding his ability to fairly serve all Georgians equally” makes him unqualified to serve on the federal bench. HRC, along with GetEqual Action, the National Center for Lesbian Rights and the National Gay and Lesbian Task Force Action Fund were part of a collation of nearly 30 progressive organizations that voiced their opposition to Boggs’s nomination in a February letter due to his record on reproductive rights, civil rights and LGBT rights.

As recently as yesterday, the White House has stood by Boggs’s nomination. “Based on Judge Boggs’s tenure, track record as a state trial and appellate judge, the president believes he is qualified for the federal bench,” White House press secretary Jay Carney told reporters. “Of all the recent criticisms offered against Michael Boggs not one is based on his record as judge for the past ten years.”