“My heart’s broken. I’m genuinely and deeply sorry to anyone who’s been affected by that term in their life. I’m sorry, and I don’t deserve or expect your forgiveness.” 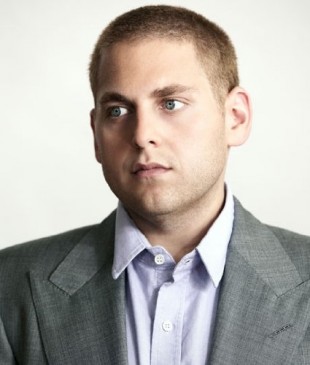 Evidently ignoring Alec Baldwin’s terrible example on how to deal with using homophobic language, actor Jonah Hill has furthered the repeated apologies he offered following his use of the term “faggot” by addressing the issue on The Tonight Show with Jimmy Fallon. Hill was caught on tape saying “Suck my dick, you faggot.” to a reporter who had been aggressively hounding Hill in the Larchmont area of L.A., TMZ reported. Hill, a vocal supporter of LGBT rights who took a stance against Russia’s gay propaganda laws in the run up to the Sochi Olympics, immediately apologized for using the term.

Speaking with Howard Stern Tuesday, Hill apologized, stating: “In that moment, I said a disgusting word that does not at all reflect how I feel about group of people.  am not at all defending my choice of words, but I am happy to be the poster boy for thinking about what you say and how those words — even if you don’t intend them and how they mean — they are rooted in hate, and that’s bullshit, and I shouldn’t have said that.”

Hill’s appearance on last night’s episode of The Tonight Show was to promote his movie 22 Jump Street, co-starring Channing Tatum, but he took the opportunity to apologize again for his words. “I’d actually like to address something, if that’s okay with your audience?” Hill asked host Jimmy Fallon. Continuing, he said: “There was a paparazzi guy, and he was antagonizing me, calling me names, attacking me and my family personally and I was genuinely hurt by this and made angry by this. In response, I wanted to hurt him back and I said the most hurtful word that I could think of at that moment. I didn’t mean this in the sense of the word, I didn’t mean it in a homophobic way.”

Hill is all too aware of the power of his words, however, and appreciates that negative reaction is both justified and expected. With regards to using the term, he stated that his explanation “doesn’t matter” adding that “words have weight and the word I chose was grotesque… no one deserves to say or hear words like that.”

He also took the opportunity to emphasize his love and support for the LGBTQ community, stating: “I’ve been a support of [the community] my entire life and I completely let the members of that community down.” Hill looked emotional as he spoke. “My heart’s broken,” he continued. “I’m genuinely and deeply sorry to anyone who’s been affected by that term in their life.”

The actor finished by acknowledging that he didn’t want or expect absolution. “I’m sorry… I don’t deserve or expect your forgiveness.” Hill then directly addressed those watching at home who regularly use the term as a slur: “If you’re watching this, and if you’re a young person especially, if someone says something that hurts you or angers you use me as an example of what not to do. Don’t respond with hatred or anger because you just add more ugliness to the world.”

Hill ended by stating: “I know I’m usually funny and stuff but this wasn’t funny. It was stupid. I deserve the shit I’m going to get for it.”

Rhuaridh Marr is Metro Weekly's online editor. He can be reached at rmarr@metroweekly.com.
← Previous Story Fox News criticized for lack of homophobia
Next Story → Wilson High School Principal Comes Out on Pride Day