During high school in South Dakota, Bill Russell was regularly taunted for being effeminate and gay. The Tony-nominated writer and lyricist of the musical Side Show was also publicly humiliated in a homophobic fit on at least one occasion, in which he was nominated for homecoming queen by some incredibly cruel classmates during an open assembly.

“I felt like the biggest freak in the world,” Russell says — and not just because of those trying times at Spearfish High nearly 50 years ago. He also had no interest in the family business — raising cattle — or in the area’s typical teenage pastimes, from playing sports to going hunting. “I felt really odd.” 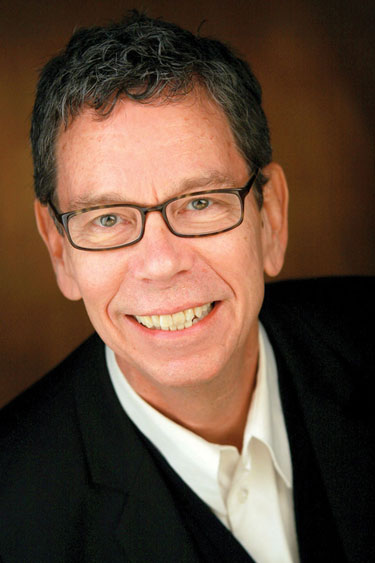 Naturally, many of the interests and attributes that made Russell feel like a freak growing up in the Black Hills have led him to success in that haven for freak-feeling folk since time immemorial: the theater, and more specifically New York. Russell credits the musical Hair — with all its hippie-type freaks — as the show that inspired his path to musicals in the first place. And, of course, so-called freaks are at the heart of Side Show, his most popular work to date. “I knew I was gay from a very early age,” Russell says. “So making the leap to sideshow oddities and conjoined twins, it really wasn’t hard for me at all. I could really identify.”

The musical Side Show, which he wrote with composer Henry Krieger (Dreamgirls), was well-liked but short-lived in its original Broadway production in 1997. Now the Kennedy Center, in association with California’s La Jolla Playhouse, has produced a revival of the show and critics and audiences alike have been raving about this flashy, dramatic makeover helmed by Oscar-winning filmmaker Bill Condon (Gods and Monsters, Chicago, Dreamgirls). All that buzz naturally has producers dreaming and scheming about Broadway. “There’s a lot of interest in moving,” Russell says. “Everything is crossed — fingers, legs, toes.”

“I’m elated by this production,” Russell continues. “Working with Bill Condon and Henry on this revival has just been probably the greatest experience of my career.”

Apart from Side Show, the 64-year-old’s career over the past three decades has been almost exclusively focused Off-Broadway, or on stages even farther away from the Great White Way. This is no doubt in part a reflection of the fact that outsiders, and especially gays, usually fuel his stories — somewhat limiting mass appeal, at least to a Broadway producer’s way of thinking.

Right now Russell has two revivals running — Side Show in D.C. and in New York, Pageant – The Musical, a comedy originally developed over 20 years ago with Frank Kelly and musician Albert Evans and billed as “the Miss America pageant meets The Birdcage.” The contestants are drag queens, a gay-heavy category of performer that in recent years has become almost-mainstream thanks to RuPaul’s Drag Race.

Remarkably, Russell has never seemed to let his high school horror stories scare him away from regular visits back to his hometown of Spearfish. And the whole experience seems to have emboldened him to be more publicly gay, not less. He came out in the early 1970s, when “coming out” was still a fairly new concept — and he did so in an article in western South Dakota’s largest newspaper. The consequences of that action were mostly positive, from a warm welcome by many classmates at the next year’s high school reunion, to a former tormentor congratulating him and even making amends. “Bill, some of us were talking about that interview you gave last year, and we think you had a lot of guts to do that,” this erstwhile bully told Russell, who recounted the exchange in a Playbill essay published last month. “And I just want to apologize for any shit I gave you in high school.”

Whether in having conversations with locals or by ensuring local papers publish his wedding announcement, Russell has stayed vigilant in making sure the people of western South Dakota know and remember that he’s gay. With greater knowledge comes greater acceptance. “So many people out there especially think they don’t know any gay people,” Russell says. “I like to remind them that one of their native sons is gay.”

METRO WEEKLY: I wanted to start by asking the most basic question: What inspired you to write about Siamese twins and freaks in the first place?

BILL RUSSELL: [Laughs.] In 1985, Bobby Longbottom, who directed the original Broadway production, told me that a friend of his had seen this movie, this terrible movie, Freaks, starring real-life conjoined twins, who sang and danced and played musical instruments. And he thought we should do a musical about them. I was immediately excited about the idea because I thought the image of two actors moving together, singing together, was so strong and metaphorically interesting.

I grew up in the Black Hills of South Dakota, in cowboy country. My grandparents were cattle ranchers in Wyoming, and everyone called my father “Cowboy.” I knew I was gay from a very early age, and I felt like the biggest freak in the world, and so making the leap to sideshow oddities and conjoined twins really wasn’t hard for me at all. I could identify.

MW: It didn’t give you pause, though? I mean one of the things about the sideshows and touring circuses from the previous century is that they were very much exploitative and sensationalistic. I think that could be one reason maybe some don’t reflexively think of this as a musical that they should see.

RUSSELL: I didn’t realize that until about three years into writing it. Some people are repelled just by the idea of conjoined twins. Because those of us who are not conjoined have a difficult time projecting ourselves into that situation, of being connected, literally, to somebody 24 hours a day. But if you’re born that way, it’s just something that you live with and adapt to — or at least it used to be. Now, conjoined twins are separated instantly, with much more complicated [bodily] connections than Daisy and Violet had. And I know that some people hear “sideshow” and think, “I don’t want to see something about freaks and human oddities.” But I’m always drawn to stories about outcasts and finding the humanity in characters that are not necessarily mainstream. It’s a very intriguing world, sideshows, and that whole milieu. It’s really fascinating, at least to me.