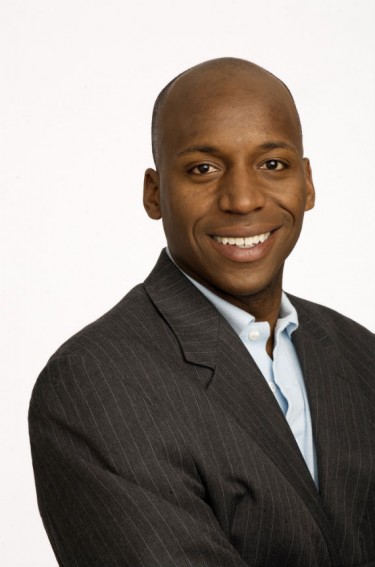 The Board of Directors of Supporting and Mentoring Youth Advocates and Leaders (SMYAL), an organization dedicated to working with and empowering LGBTQ youth, announced early Thursday morning that it has named Sultan Shakir as its new executive director.

Shakir, a community organizer who most recently served as the youth and campus engagement program director at the Human Rights Campaign (HRC), the nation’s top LGBT rights organization. He also previously served regional field director for HRC, the campaign manager for Marylanders for Marriage Equality during the legislative push to pass Maryland’s marriage equality law, and the political director during the organization’s successful attempt to defend the law at the ballot box in November 2012. Shakir was chosen following a search led by SMYAL board member and former board chair Betsy Pursell and conducted by Washington-based search firm LeaderFit.

“Sultan Shakir is the right leader for SMYAL at an exciting time of change,” Mike Schwartz, chair of the SMYAL Board of Directors, said in a statement. “With our focus on providing LGBTQ young people with the skills and resources they need to be dynamic leaders of our movement and communities, Sultan has the talent and passion to guide that mission. He has roots deep in the community and professional abilities that will support the strong SMYAL staff and volunteers.”

“In Sultan, SMYAL has found a leader ready for the challenge of building on our already strong foundation,” Schwartz continued. “His strong community organization background demonstrates two fundamental skills that will be critical in his success: assessing the needs of our community’s LGBTQ youth, and harnessing the power of the broad community to support those needs.”

In a statement, Shakir noted that organization is ripe for significant new support from a broader swath of the D.C. community. He also thanked the organization’s donors and encouraged them to continue providing financial support.

“I believe in the SMYAL mission, and I believe reaching new and diverse supporters in the region will be crucial to SMYAL’s success,” Shakir said. “The young people who participate in SMYAL activities and leadership development deserve our investment and care. …And we will seek additional support from partners in education, in religious communities and among LBGT professionals in D.C. who know first-hand how SMYAL can make the lives of our youth better. Many of us in the LGBTQ community grew up without the benefit of an organization like SMYAl, and we know life can be better for young people, with the kind of support SMYAL is known for offering.”

Shakir will replace departing executive director Andrew Barnett, who announced in March that he would be leaving to pursue a doctorate in clinical psychology at The George Washington University.

“Andrew Barnett leaves SMYAL recognized among the LGBTQ and donor communities as a great way to invest in our young people,” Schwartz said in a statement. “LGBTQ young people in our area have safer, healthier and brighter lives because of Andrew Barnett.”

Shakir said the Washington area’s reputation for transience should not be a detriment in gaining new supporters.

“Particularly in a city like D.C., there are so many people who are incredibly passionate about LGBT issues and politics,” Shakir said. “There are many ways to touch people’s lives in our professional work. That work may be in politics at the national level, or about changing policies back in your home state. But SMYAL is right here. Whether you’re from the D.C. area or you’re here just a short time, there’s nothing more fulfilling than engaging where you are today. The opportunity to support the next generation is right here and now.”

John Riley is the local news reporter for Metro Weekly. He can be reached at jriley@metroweekly.com
← Previous Story Victory Fund Endorses Snowden for At-Large Seat
Next Story → Gay ANC Commissioner Charged with Assault