Back in April of this year we looked back at the Best Alternative Albums of the ‘90s. Then in June, we counted down the Best Pop Albums of the ’90s. Now, it’s time to continue our look back and tackle the Best Rock Albums of the ’90s.  For our purposes, if an artist has already been included in the Best Alternative Album or Best Pop Album list, they won’t be listed here; thus bands like Radiohead, Green Day, Nirvana, Pearl Jam and Alice in Chains and others in the alternative listing are not on this list. Rock music in the ‘90s was definitely more than what was coming out of Seattle (or what was inspired by what was coming out of Seattle.) Sure, they can be considered “rock” as well, but it seems pointless to list albums that have already been been noted in their category; so they’ll stay over in “alternative” and we have a full 50 great rock albums that makes for a good overview of the decade.

What comes to mind when you think of rock in the ’90s? Alternative rock gets all the press and the praise, and it is beyond question that alternative bands dominated the decade. However, they weren’t the only ones who knew how to rock out. Neil Young was banging out raw rock & roll epics with Crazy Horse before Kurt Cobain ever drew breath. Chrissie Hynde and The Pretenders put out their best album since Learning to Crawl. Lucinda Williams’ mix of rock, blues and country features some of the most powerful songwriting of the decade.  Rush released their finest album since at least Grace Under Pressure, and perhaps Moving Pictures. There were epic metal albums and there were important works by artists like Bob Dylan and Tom Petty, all of which fall under the umbrella of “rock and roll.” 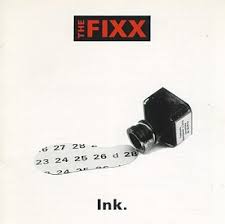 As the ‘80s gave way to a new decade, many of the artists that flourished during MTV’s initial wave struggled to maintain their audience. Pop radio was increasingly focused on dance and R&B, and so-called “alternative” bands reshaped the rock n’ roll landscape. The Fixx, who scored a string of classic ‘80s singles highlighted by “One Thing Leads to Another” and “Secret Separation,” faced a new decade with a slick, radio-friendly collection of rockers and ballads that proved once again that, no matter the musical era, The Fixx can be counted on to deliver something outstanding. “How Much is Enough?” was a Top 40 pop hit and a substantial hit with rock radio, but Ink was loaded with songs that could have been as successful:  “Crucify,” “All is Fair,” “Falling in Love” and the ballad “No One Has to Cry.” Ink is the portrait of a band on the cusp of different eras, getting by like they always have in the past:  stellar songwriting and musicianship. 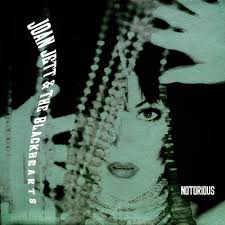 The last big hit for Joan Jett was “I Hate Myself for Loving You” from her 1988 album Up Your Alley. Radio was changing as the ‘80s gave way to the ‘90s, and Jett struggled to find a place for her music. What she didn’t struggle with is creating more hard rockin’ baddassery. Notorious is as strong a rock album as any Jett released in the ‘80s, except perhaps its missing that one killer single. On Notorious she sounds great, she gathered some strong material with a variety of collaborators, and it’s a crime that it didn’t sell more copies. It would appear that the record label didn’t consider Jett a high priority at this point in her career. Check out “I Want You,” “Machismo” and the great “Backlash” co-written with Paul Westerberg. 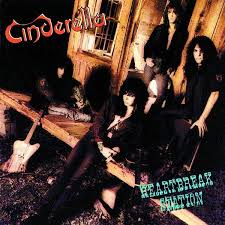 Tom Keifer and Cinderella, with their emphasis on heavy, bluesy riffs, had always been a few notches ahead of their ‘80s hair band contemporaries. By the end of the decade, they knew the writing was on the wall: change or become irrelevant, pronto. They didn’t really have to do much but tamp down on the hairspray and embrace their love for the blues and strong melodies. With Heartbreak Station, the band matured as a recording unit and went full-on Stones mode, circa Exile on Main Street, but with a hard-rock edge. They even steal the Stones’ country fetish on “One For Rock and Roll.” There are some nice hooks and the album has a raw, fresh vibe to it. Standouts are definitely the three singles: “Shelter Me,” the hard-rocking “The More Things Change” and the mournful ballad “Heartbreak Station.” They hit upon a combination that suits them perfectly. Many of their contemporaries were relegated to the hair metal scrap heap, desperately trying to hold onto ‘80s glories that were no longer in the offing. Cinderella at least made a gallant attempt to move beyond, they left us with a great album (actually their 1994 release Still Climbing is strong as well), and they still play live on occasion. 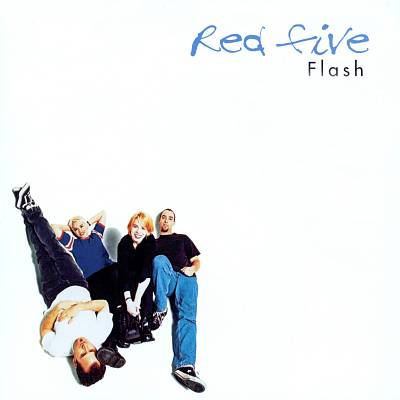 Helmed by Faith No More producer Matt Wallace, Red Five’s Flash is an amped up collection of garage rock with a bit of a punk edge. The songs are short and punchy and the vocals tend to be down in the mix, giving the album a wall-of-fierce-sound vibe that is irresistible because the melodies are there shining through the muscle of the guitar. It’s a crime that “Space” at least wasn’t a rock smash, although the whole album is 35 minutes of glorious fury. “Turn it On” should be in the coolest John Hughes movie never filmed. Flash was mostly ignored at the time of its release, but it is well worth the effort to track it down. 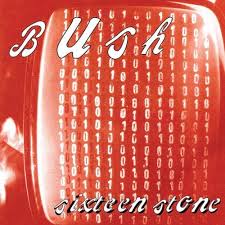 British rockers Bush took a more mainstream approach to the grunge that had taken over as the dominant rock sound, and they did it very successfully. Sixteen Stone yield some classic, fuzz-drenched singles:  “Everything Zen,” “Little Things,” “Come Down,” “Glycerine” and the explosive rocker “Machinehead” were all big rock hits.  Gavin Rossdale’s gravelly voice worked in perfect tandem with the dense wall of guitar the band unleashed. Sixteen Stone was Bush at their best – – they would go on to release some good records, but none on par with their debut. It left an indelible mark on ‘90s rock and roll, and should not be dismissed a quick hop on the grunge bandwagon… the multiple killer tunes don’t just write themselves or play themselves.

Music writer for Metro Weekly. Contact at cgerard@metroweekly.com.
← Previous Story Kate Bush asks fans not to use “iPhones, iPads or cameras” at her upcoming shows
Next Story → Tribal Tunes: Natalia Zukerman revels in her musical tribe of ‘weirdos’