By John Riley on August 6, 2014 @JohnAndresRiley 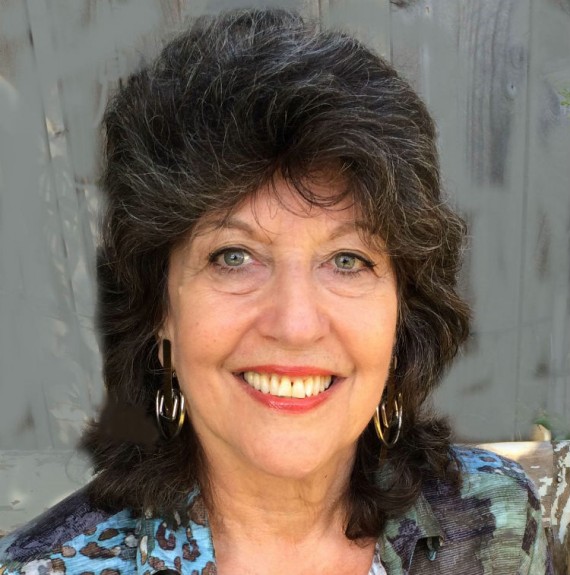 Tens of candidates for various offices in the District of Columbia found themselves racing this week to beat the 5 p.m. deadline on Wednesday, Aug. 6, by which time they must have filed their individual declarations of candidacy and submitted the required number of signatures of valid, registered District voters, in order to appear on the Nov. 4 ballot.

Mayoral candidates David Catania and Carol Schwartz, both independents, turned in more than twice the required number of signatures — 3,000 from across the city — to appear on the ballot, making it likely that both will have enough valid signatures to have their names appear in print alongside Democrat Muriel Bowser, Libertarian Bruce Majors and Statehood Green Party candidate Faith Crannitch, also known as “Faith.”

Ben Young, a spokesman for the Catania campaign, said the at-large councilmember turned in approximately 7,000 signatures on Tuesday, the day before the deadline. Schwartz’s campaign sent out a press release on Wednesday touting the fact that she had gathered more than 6,500 signatures with the help of 72 volunteers. Schwartz personally gathered about 2,000 of those 6,500 signatures. In a brief interview with Metro Weekly, Schwartz said her campaign had personally validated many of the signatures she submitted, so that even if a rival campaign were to attempt to challenge her petition signatures, such a challenge would be unsuccessful in knocking her off the ballot.

“I am grateful to the more than 70 volunteers who gave so much time and energy — and received not one penny — to help me get on the ballot on November 4th, as well as the many more who are helping in so many other ways,” Schwartz said in her press release. “With our campaign, which has always been more about people than money, I feel we have a real chance for victory for all of us.”

An updated list of mayoral candidates posted on the website for the D.C. Board of Elections and Ethics (DCBOEE) showed that a sixth candidate, Nestor Djonkam, had also filed his declaration of candidacy and returned petition signatures. Djonkam, a naturalized citizen who was born and raised in Cameroon who is an engineer by trade, is running on an “anti-politician” platform that focuses primarily on providing D.C. residents with job opportunities and, particularly, affordable housing. He told Metro Weekly he had returned 3,239 petition signatures. Four other independent candidates — James Caviness, Michael Green, David Leacraft-El, and Frank Sewell — previously took out nominating petitions, but, according to DCBOEE, had not filed their declarations of candidacy as of Wednesday’s deadline.

According to deadlines set forth by DCBOEE, all independent, non-partisan and minor party candidates nominated to fill empty slots on the ballot had to return a declaration of candidacy and the requisite number of signatures for the office they are seeking by Aug. 6, after which opponents or citizens unofficially affiliated with opponents’ campaigns have 10 days to challenge any of the signatures gathered. In accordance with an earlier ruling by DCBOEE that allowed the Republican, Libertarian and Statehood Green parties’ central committees to nominate candidates for vacant slots, Tamara Robinson,  the public information officer for DCBOEE, said that as long as candidates had returned the proper paperwork by Aug. 6, they would be listed on the ballot and would not be forced to run as a write-in for the office they seek.

In that spirit, Majors, who also serves as an at-large member of the State Central Committee for the D.C. Libertarian Party, announced that he had found candidates to run for vacant slots in the Ward 1 and Ward 5 races, making them only the second party to run a full slate of candidates for D.C. Council races, in addition to the Democratic Party. John Vaught LaBeaume will face off against Brianne Nadeau, who defeated incumbent Councilmember Jim Graham in the Democratic primary, in Ward 1, while Preston Cornish, a D.C.-born Eckington resident, will face off against incumbent Councilmember Kenyan McDuffie in Ward 5. Cornish, in particular, took direct aim at McDuffie, who some pundits have already speculated would be an ideal Democratic candidate for mayor in future election cycles, saying, “Ward 5 needs a Councilmember who is steadfastly dedicated to improving the lives of its citizens — not a politician who will spend the next term angling for even higher political office.”

Overall, the Libertarian Party has a nearly full slate of candidates, filling 10 of 11 spots in partisan federal and local races, except in the Attorney General’s race, where the party failed to find a candidate. Majors said the party may look into co-sponsoring an attorney general debate with local liberal organizations like DC for Democracy, as the party, without its own candidate, would be considered a neutral party in that race.

Other non-mayoral candidates also sent out press releases touting the number of signatures they had gathered. Courtney Snowden, an independent running for an at-large seat on the Council who was recently endorsed by The Gay & Lesbian Victory Fund, said she had collected 5,000 signatures, well over the 3,000 required for at-large candidates. Others exceeding their required totals included attorney general candidates Edward “Smitty” Smith and Lorie Masters, who both collected and submitted over 6,000 signatures.

In terms of ballot access for other races, several other candidates filed with DCBOEE in the final two days before the deadline. In the race for the District’s non-voting delegate to Congress, Timothy Krepp had filed a declaration of candidacy, which, if certified by DCBOEE, would place him on the ballot against incumbent Del. Eleanor Holmes Norton, Republican Nelson Rimensnyder, Statehood Green Party candidate Natale Lino Stracuzzi and Libertarian Sara Jane Panfil. In the race for shadow U.S. senator, Glenda J. Richmond was the only independent candidate to file. No independents filed in the race for shadow U.S. Representative, leaving Libertarian Martin Moulton as the only challenger to Democrat Franklin Garcia, who previously faced no opposition in the Democratic primary. In the attorney general’s race, Paul Zukerberg, Lateefah Williams and Karl Racine also filed declarations of candidacy, in addition to Smith and Masters.

According to an updated list from DCBOEE, no independent candidate filed a declaration of candidacy or returned petition signatures as of the 5 p.m. deadline in Wards 3, 5 or 6, leaving only Libertarian and Democratic candidates running in all three wards. Independent Ernest Johnson had previously filed on July 14 to run in Ward 1, which would pit him against Democrat Nadeau and Libertarian LeBeaume in the general election. Two other Ward 1 independent candidates who had picked up nominating petitions did not return them as of the 5 p.m. deadline.

John C. Cheeks, a conservative-leaning independent candidate who previously ran for the Ward 5 seat on the Council, filed to run in the Chairman’s race against Chairman Phil Mendelson (D), Libertarian Kyle Walker and Republican Kris Hammond. Besides Snowden and 2013 special election runner-up Elissa Silverman, who had submitted her petition signatures back on July 18, nine other independent candidates filed with DCBOEE to appear on the November ballot, running for two at-large seats. Those candidates were: U.S. Shadow Senator Michael D. Brown, Wendell Felder, Calvin Gurley, Rev. Graylan Hagler, Brian Hart, Eric Jones, Khalid Pitts, Kishan Putta, and Robert White. If all independent candidates are determined to have submitted the requisite number of valid signatures, and survive the 10-day challenge period, their entries into the race, when added to the four “major party” candidates, will bring the total number of at-large candidates to 15.

John Riley is the local news reporter for Metro Weekly. He can be reached at jriley@metroweekly.com
← Previous Story Peroutka Stands Firm on Ties to Anti-Gay Secessionist Group
Next Story → Hotline Call Frequency Slow But Regular