Playtime: The Most Anticipated Games of Fall 2014

The gaming industry is ramping up for a fall of aliens, assassins and advanced warfare 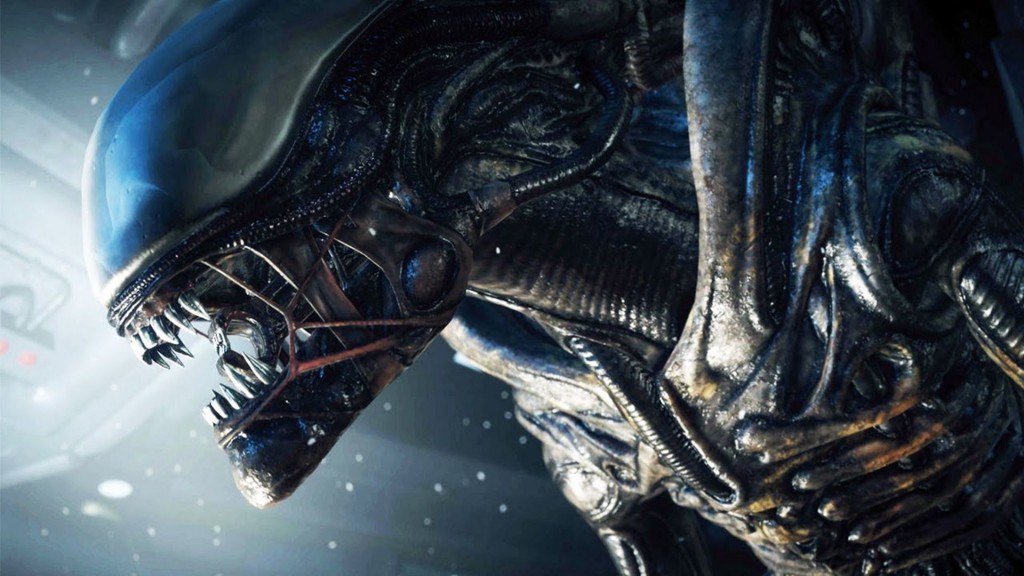 Something happens to the gaming industry in Fall. In the run-up to juicy holiday sales, every major studio seems eager to push out a number of high caliber, wonderfully crafted titles to gamers — and we’re certainly not complaining. After a relatively light gaming load this time last year, especially on the PlayStation 4 and Xbox One, there are a wealth of incredible, desirable games arriving in the next few months. This list is far from exhaustive, but we’ve gathered together some of the crème de la crème of the gaming industry’s releases that are guaranteed to consume your free time — and your disposable income — in the months ahead.

Destiny — By the time you’re reading this, Destiny will have already launched, but it still warrants inclusion on this list. Bungie, the creator of the Halo franchise, has brought everything they know to this massive, connected multiplayer world, establishing lore, backstories, species and all of the other puzzle pieces that fit into a game that can sustain itself for at least a year — and then even further with expected sequels. Mixing role-playing games and first-person shooters, it tasks players with exploring the post-apocalyptic remains of Earth and other planets in the solar system as the player and their friends work to eradicate an alien threat and revive a celestial body known as the Traveler, which holds the key to saving the last remnants of humanity. Expect to lose days and weeks to Destiny, as you work to level up, blast your way through levels and dive into fast-paced multiplayer action. Out now. (PS3, PS4, Xbox 360, Xbox One)

Alien: Isolation — Alien fans, horror fans, people who enjoy having their bowels emptied while they play a game, listen up. Alien: Isolation is shaping up to be one of the scariest experiences to come to console and PC in quite a while. Set 15 years after the events of the first Alien film, the protagonist is Amanda, out to investigate the disappearance of her mother, Ellen Ripley. Sent to a space station to find the flight recorder from the Nostromo, Amanda discovers that an alien has already infested the station. Throughout the game, there will only be one alien and, unlike many of its peers, the alien here cannot be killed, forcing the player to use stealth to survive. The alien will actively hunt Amanda, so death is a constant and lingering threat, and developers Creative Assembly has made the AI almost cruelly intelligent. The overall design is incredibly faithful to Ridley Scott’s original film, so if you want to know the fear Ripley felt while roaming the halls of the Nostromo, make sure to grab Isolation. 10/7 (PC, PS3, PS4, Xbox 3460, Xbox One)

Driveclub — A PlayStation exclusive, Driveclub is aiming to be the next great racing game for car lovers. With handling balanced between arcade and simulation, gorgeous graphics and extreme levels of detail for each of its 35 cars, the game’s designers went for quality, not quantity, so there won’t be any filler vehicles of the kind found in Forza and Gran Turismo. As the name suggests, the focus of the game is clubs, with players forming clubs with their friends for up to 6 players. As you race, you’ll add to the success of your club, boosting your rankings and opening up new races and rivals in the game. Each of the game’s tracks are inspired by real-world events, while a dynamic day/night cycle and weather system has been implemented. Racers could start racing on a misty morning, reach the halfway point in beautiful midday sunshine, and finish on a rainy evening, with the cars responding appropriately to the changes in temperature and weather. Driveclub has been delayed several times, but it seems like a worthy wait. 10/7 (PS4)

Assassins Creed Unity — Ubisoft churns out a new Assassins game every year or so, and last year brought the highly enjoyable Black Flag, which basically ignored the assassin aspect of everything and let gamers be a badass pirate instead. It was a lot of fun, but evidently a drastic change in tone was needed, as Unity drops gamers in the middle of one of the bloodiest uprisings in history, the French Revolution. Set in Paris, the game follows Arno Dorian, tasked with exposing those behind the revolution, but that’s a mere side-story to the main event here. For the first time in Assassin Creed’s history, co-operative play is here, letting up to four assassins explore the same map and take part in missions. Jumping through Parisian streets, infiltrating mansions and tackling soldiers with a group of friends sounds like a huge dose of fun, especially when it’s mixed in with Unity’s vastly improved visuals and more dynamic combat and movement system. If you hated the other six entries in the series — yes, six — Unity likely won’t do much to change your mind, but for those who love being an Assassin, it should provide hours of stabbing, wall-climbing fun. 10/28 (PC, PS4, Xbox One)

Sunset Overdrive — An Xbox exclusive, and a game that exploded into June’s E3 conference as one of the brightest, silliest, most stupidly fun games releasing this fall. Courtesy of the studio that gave the world Spyro the Dragon and Ratchet and Clank, Sunset Overdrive gives players an open world ravaged by humans who have transformed into monsters after consuming too much of a particular energy drink and tasks the player with cleaning everything up. Yes, it’s essentially a zombie game, but it’s also so much more than that. With a glorious color palette, ridiculous weapons — such as a grenade launcher that fires teddy bears strapped to TNT — and agile combat, which utilizes wall running, zip-lines and acrobatics, Sunset Overdrive places its tongue firmly in its cheek and deigns to do little more than let players have a ridiculous amount of fun in its world. 10/28 (Xbox One)

Call of Duty Advanced Warfare — Look, you know what you’re getting. It’s Call of Duty, but set in the near future, with exoskeletons, rocket boosters, and over 350 weapon variants. The same tight gunplay is here, the same addictive multiplayer is here, but everything now has a next-gen sheen and runs at a buttery smooth 60 fps (obviously, it won’t be as nice on last-gen consoles). It’ll be a blockbuster hit no matter what, so just give in, grab some friends, and play. 11/4 (PC, PS3, PS4, Xbox 360, Xbox One)

Fall Arts Preview: Television
Review: The Last of Us Remastered

Halo: The Master Chief Collection — Oh goodness, yes. November can’t come quickly enough. Every Halo game, from one through four, updated to run at 1080p and 60fps, with every multiplayer map ever made (well over 100 in total), and multiplayer revamped so that each game uses the brilliant system from Halo 2. That particular game remains one of the finest ever made, both in single and multiplayer, and any chance to revisit it is a welcome one indeed. At just $60, this is the bargain of the century. 11/11 (Xbox One)

Far Cry 4 — Far Cry 3 was a surprise hit. Given that the prior two entries in the series were moderately successful but far from earth-shattering, that the third game could be so utterly engrossing was a shock to many. This fourth installment sees players stepping into the shoes of a Nepalese native who gets caught up in a brutal civil war as people struggle against a despotic self-appointed king. With a greater focus on the narrative than its predecessor, the option of cooperative play in the campaign, and, of course, the boost in graphics that comes with jumping to more powerful consoles, it will be interesting to see if this fourth game can further improve on a winning formula. All current signs point to a huge “Yes.” 11/18 (PC, PS3, PS4, Xbox 360, Xbox One)

Rhuaridh Marr is Metro Weekly's managing editor. He can be reached at rmarr@metroweekly.com.
← Previous Story Game Off
Next Story → Review: Bungie’s Destiny