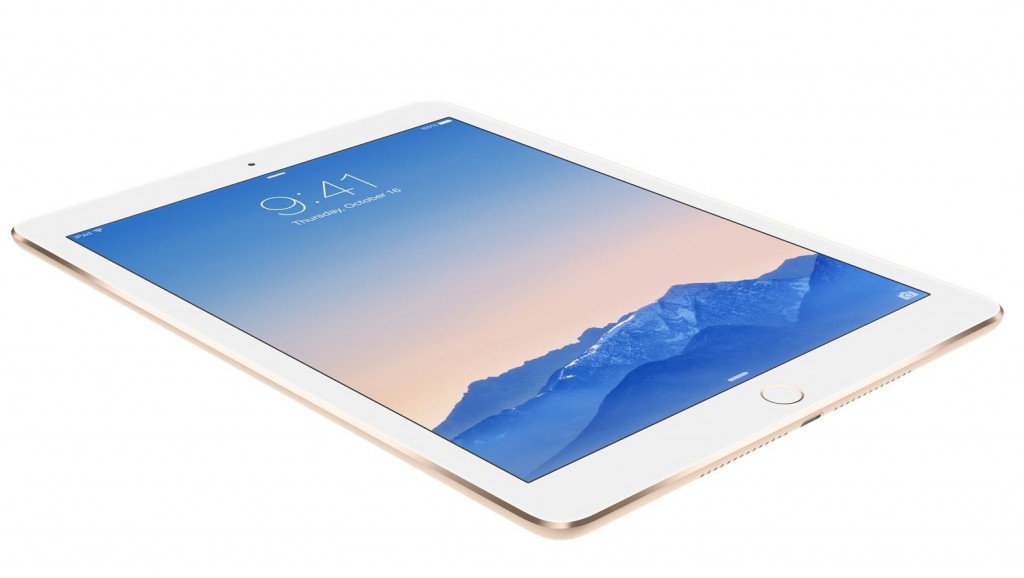 At a small gathering inside its Cupertino headquarters, Apple has revealed the next iterations of its venerable tablets. The iPad Air moves into its second generation, while its little brother turns three for this generation. Sadly, though they share a common name, there are some major differences between the two products. Big brother is definitely the family favorite.

Yes, the Air has been subjected to a pretty significant makeover. Seemingly not content with Sony’s Tablet Z2 showcasing a more slender waist, Apple have sent the Air to bootcamp and cut off its carbs. The result? The Air 2 drops 18% to just 0.24 inches deep, and tips the scales at 0.96 pounds, down from an obese full pound for the original Air. “It’s the world’s thinnest tablet,” Apple’s senior VP of worldwide marketing, Phil Schiller, told the audience, and we’d be inclined to agree with his reasoning.

Overall, the Air’s design now more closely echoes the rounded, smoothed curves found on the iPhone 6 and 6 Plus, but it isn’t a drastic change from the previous model. Up front, the same old Retina display makes itself apparent, unchanged in resolution, though it now features an “optically-bonded” display, which removes the air between the IPS panel and the glass coating. Apple were rightly proud of this feature, which helps reduce glare when using the Air in bright sunlight or outdoors, but let’s remember that Microsoft have used this same technology since the first iteration of its Surface tablets over two years ago. 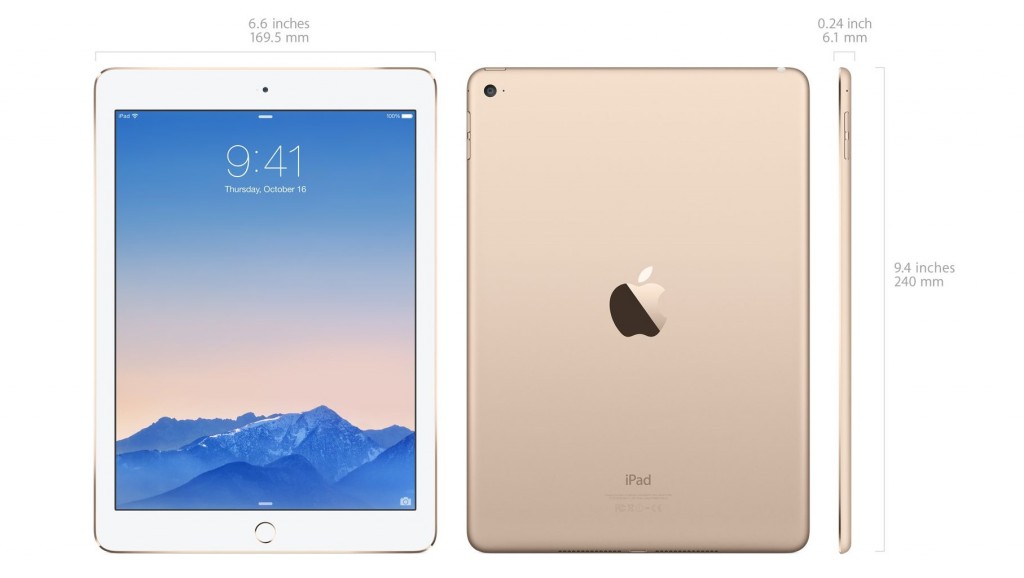 Inside, the Air 2 has been gifted suitably up-to-date hardware. Apple’s custom-designed A8X chip, a 64-bit dual-core processor mated to a high-performance GPU, is all-new for the iPad Air 2, and comes with the M8 coprocessor in tow to handle motion data, much like the iPhone. If you’re the sort who likes to takes photos and videos with your iPad, you’re in luck. You’re also an awful human being, but that’s beside the point. Apple have updated the iSight camera, which has the same 8MP resolution, but comes with an f/2.4 aperture, 1080p video capture, burstmode — a first for iPads — and an auto HDR mode which has been improved to take up less of your precious iCloud storage. Selfie addicts will appreciate the Facetime HD Camera, with it’s 1.2MP resolution, f/2.2 aperture, 720p video and various software features to make every duck face look its best.

Apple’s Touch ID fingerprint sensor has reached the iPad, and brings Apple Pay in tow — though there’s no NFC so you can’t use your iPad to pay for goods and services unless you’re shopping online. Which is probably for the best, given how harshly your fellow shoppers will judge you for whipping out a tablet to pay for your skinny soy latte. Those looking to upgrade to the Air 2 will find no surprises in pricing, with storage set at 16, 64 and 128GB and prices at $499, $599 and $699 respectively. Throw an extra $130 in if you’d like LTE with your WiFi. Pre-orders start tomorrow, and will ship at the end of the week.

Is the iPad Air 2 a little large for your tastes? Well, step right up, as Apple have the iPad mini 3 waiting to delight you. Sadly, if you’re upgrading from the mini 2, it may ultimately disappoint you. Unless you desperately need either Apple Pay, Touch ID or a gold model to match your phone, you’ll find nothing new here. Same specs, same screen, same size and weight. As lazy updates go, this would take the prize if it could be bothered walking up to the podium. Pricing remains the same, with storage set at 16, 64 or 128GB. Pre-orders start tomorrow, much like its bigger brother, but — unless you really want that fingerprint sensor — might I suggest another option? 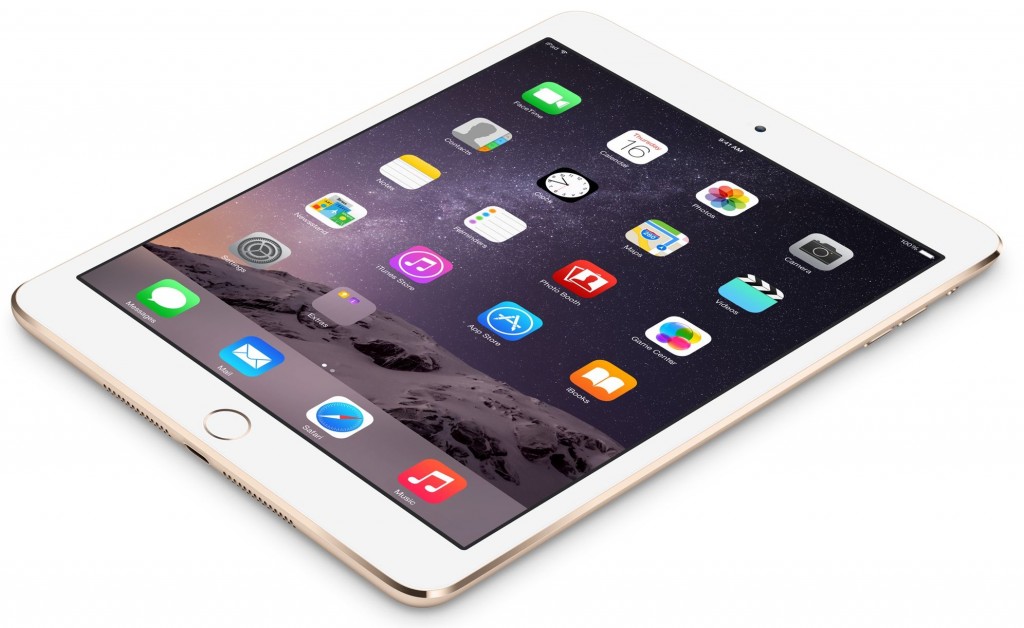 As of now, Apple have dropped the price of the iPad mini, the mini 2 and the original iPad Air. Those new prices? The original mini is now $249, its successor is $299 and the Air starts at $399. If you can do without Touch ID and gold paint, you can grab a full-size iPad Air for the same price, or save $100 and get the mini 2. Apple would prefer you didn’t, but we know you’re your own person and not a slave to Apple’s advertising. Now go order your new iPad from your iPhone, while simultaneously checking your bank account on your MacBook to make sure you can afford the Apple Watch — confirmed again to launch in early 2015.

Rhuaridh Marr is Metro Weekly's online editor. He can be reached at rmarr@metroweekly.com.
← Previous Story Google announces the Nexus 6 and 9 as well as a new flavor of Android
Next Story → BlackBerry Passport review