By Troy Petenbrink on November 11, 2014 @thegaytraveler 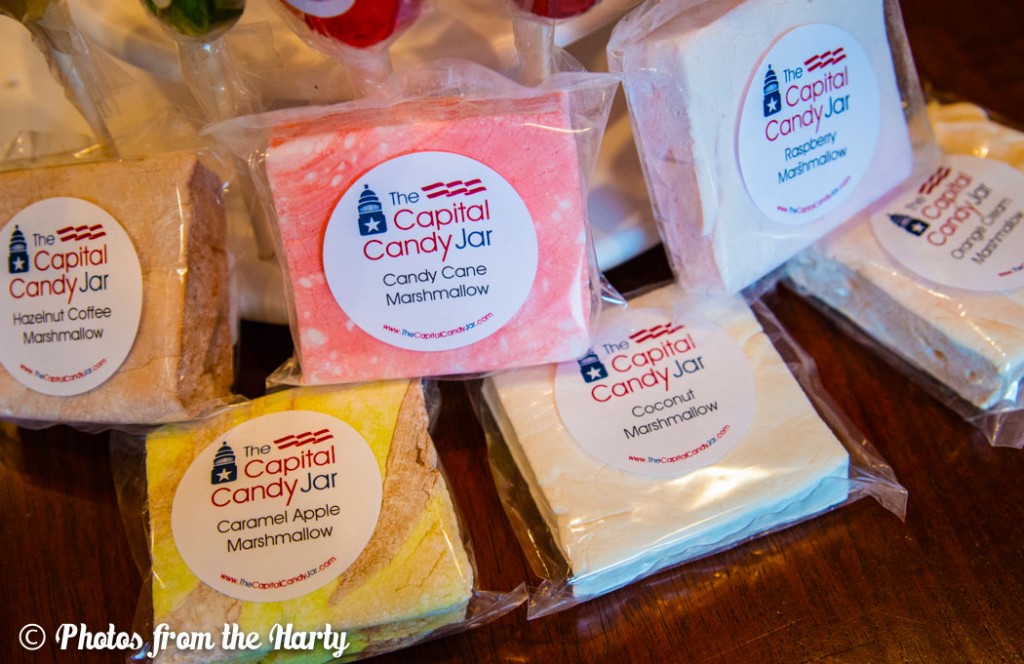 It is 11 p.m. on Monday night and Dave Burton has just finished making 300 marshmallows and 500 chocolate-covered Oreos. He has been in the kitchen for the last four hours but has been working since 8 a.m. — spending the day processing orders, picking up supplies, paying bills and preparing for a slew of upcoming holiday markets. This start-up candy maker is tired.

“At this time, I’m working 8o hours a week,” says Burton, the gay owner of The Capital Candy Jar. “If I don’t have a great holiday season, it is going to be real tough to continue into 2015.” The Christmas season is crunch time for Burton. According to industry experts, candy makers make most of their profits during the last month of the year.

Burton’s candy making skills were born at a young age as a result of a lack of money. Like most teenagers, he wanted money to be able to “buy things and hang with friends” but being from a family with eight children, spare cash was not to be found. 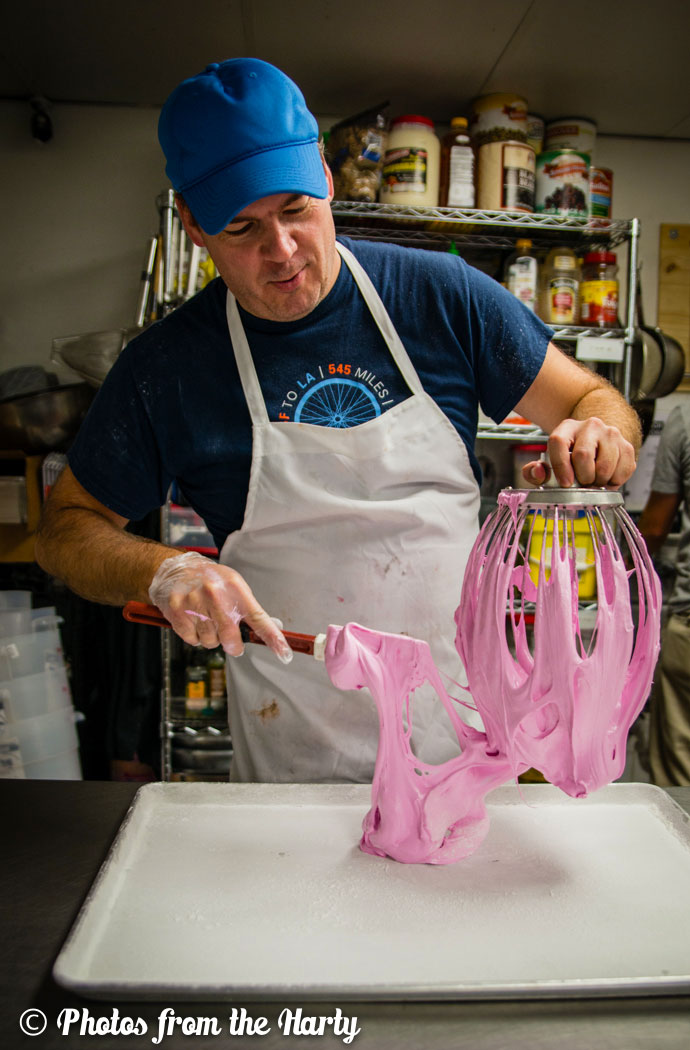 Before he was old enough to get a real job, Burton hustled greeting cards door to door and set up a small lemonade stand. However, bigger success came when his mother found a recipe for homemade lollipops and suggested they try it out. His mother spotted him the cash for his first batch that he took to school and sold to friends, who loved them.

His junior high lollipop empire thrived until the school principal shut down his business because he was taking too much revenue away from the vending machines. It was his first taste of the fickle world of capitalism.

Over the years various jobs kept Burton close to candy-making. While still in grade school,  he got a job as a singing fudge-maker and worked in a cookie store. After college Burton pursued a career in retail marketing and consulting but maintained his passion for sugary treats.

Earlier this year, Burton decided that he was tired of consulting and began searching for the next career path to follow. He had always desired to have his own business but was never quite sure what type of business he should pursue. After making Valentine’s treats for several of his friends, the answer presented itself. By April, he had joined Union Kitchen, a DC based food incubator, and started The Capital Candy Jar.

For those crucial year-end sales, Burton is banking on area holiday markets such as this weekend’s Fairfax Holiday Craft Show, events that provide access to potential customers but also come with hefty registration fees. To help finance the upfront cost, he recently launched a Kickstarter campaign with a goal of raising $7,000. He is also hoping an upcoming appearance as a contestant on Food Network’s Rewrapped will draw attention to his business.

“I’m working harder at this job than any that I’ve ever had, but I’m enjoying this work more than any job before. I’m just hoping this is something I can do for the rest of my life.”

Troy Petenbrink is Metro Weekly's contributing writer for food and travel. He can be reached at thegaytraveler@gmail.com.
← Previous Story The 5 Best Foods at the MetroCooking DC Show
Next Story → Drinking & Shopping