Fiddler on the Roof's Sheldon Harnick on his musical's lasting appeal 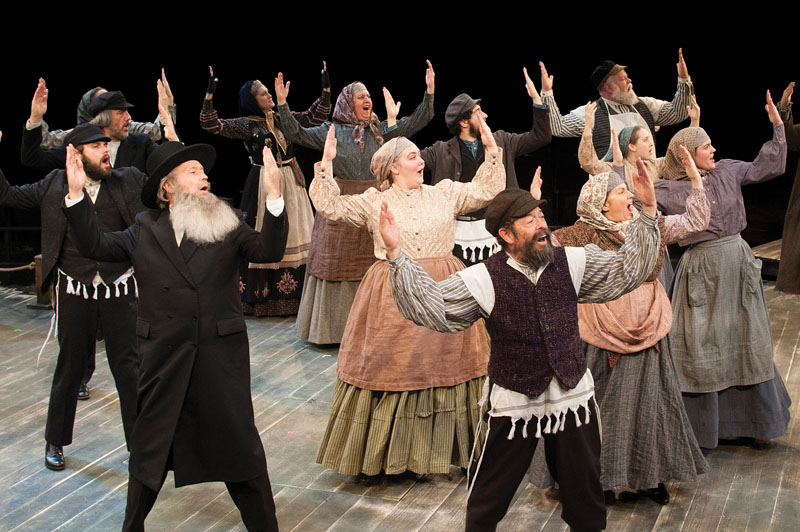 “When we started working on the show, we thought that it was probably going to be a very limited run as a Jewish show.” Instead, Harnick’s Fiddler on the Roof ran for a stunning eight years on Broadway and scooped up nine Tony Awards in 1964. The musical, featuring lyrics by Harnick, music by Jerry Bock and a book by Joseph Stein, was the longest-running show on Broadway in its day. Fifty years later it still ranks as one of the most successful and most oft-produced musicals.

The show has lasting appeal not just because of Bock’s great score and Harnick’s witty wordplay. Based on Sholem Aleichem’s stories about a Jewish community’s struggle to retain its identity and existence in a changing society, Fiddler on the Roof‘s chief conflict between tradition and modernity resonates today, whether the topic is marriage equality or migration due to persecution. “Every time I see the last scene,” Harnick says, “it just reminds me of newsreels of what’s going on around the world. People fleeing from war zones, being expelled or just choosing to leave. That is very relevant and very heartbreaking.

“Every year I see at least a couple [productions],” Harnick adds. “So in 50 years, I suppose I’ve seen over 150 or 200 productions.” The latest is a revival directed by Molly Smith at Arena Stage, which is also honoring Harnick this year with its American Artist Award.

Over the past couple decades, the 90-year-old Harnick has tried his hand at writing librettos for a few operas. He’s currently developing another one with composer Henry Mollicone about Lady Bird Johnson. He’s also working to develop a new version of the last musical he wrote with the late Jerry Bock, The Rothschilds, from 1970. Interestingly, the most popular song to come from Fiddler, “If I Were A Rich Man,” was originally titled “If I Were A Rothschild,” in reference to the wealthy 19th-century European Jewish banking family, the focus of the later musical.

When asked if the revised show, to be retitled Rothschild and Sons, might include a reprise of the Fiddler song with its original title, Harnick lets loose a laugh. “No, I don’t think so.”