Wylie Wagg is a Whole Foods for Pets

Wylie Wagg's focus on top-tier, high-quality food extends to everything in the store 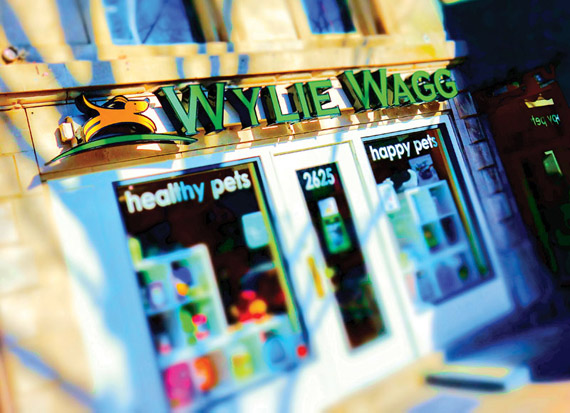 During a tour of the Wylie Wagg store in Woodley Park, Allison Swanberg stops in back near huge freezers with raw pet food, as well as a display featuring bags of freeze-dried and dehydrated dog food.

“For most dogs, this is the best you can do nutrition-wise,” says Swanberg, the co-buyer and purchasing manager for the local pet supply company. “When you read the ingredients, it’s all real food. You can even see it — the chickpea flakes, the pieces of carrots.” Even the many brands of kibble that Wylie Wagg stocks are mostly organic and minimally processed, with “no wheat, corn or byproducts [and] pretty much everything sourced from the U.S., New Zealand and Canada.” No recalls or concerns over questionably derived products from China here.

“We want people, when they come in here, if they see it on our shelves, to know that we’ve done the homework to know that it’s good quality,” Swanberg says. “You can feel comfortable feeding it to your pets.”

First, however, you’ll have to get comfortable spending more on your pets. Goods at Wylie Wagg — all-natural foods, eco-friendly toys — do cost a bit more than comparable goods at PetSmart or your local grocery store. In many ways Wylie Wagg is to pets what Whole Foods is to people.

“Is there a difference between getting a [cheap] random pack of ground beef at Wal-Mart, and a pack of ground beef at Whole Foods or a specialty butcher, that costs more? Yeah, they’re both beef, but where did it come from? What’s the sourcing like? How were the animals treated? What are going to be the costs down the line? If we’re eating healthy and taking care of ourselves, we’re going to live longer and we’re not going to have issues. Same with our pets.”

Laura Clark opened the first Wylie Wagg in 2002 in Middleburg, Va., where she and her husband resettled after burning out on high-tech jobs in D.C. and New York. “We were one of the first in the area to focus on healthy food and really more upscale supplies,” Clark says. “Not necessarily expensive, but just higher quality.” There are now five stores in the chain still run by Laura and Larry Clark: four stores in suburban Virginia plus Woodley Park, which opened last year. A second D.C. location will debut this spring near the Washington Cathedral.

Swanberg, who joined the company in 2008, credits the company’s success to its broader focus on more than simple sales. “We don’t want to just stand behind a register and scan things. We want to have relationships with our customers and their pets.” In fact, Wylie Wagg aims to be more of “a third space” sort of place, cultivating relationships as well as hosting events for customers. At least one store every weekend hosts an adoption event, and each store partners with local rescue groups and trainers. The Woodley Park Wylie Wagg works with Capital Canines Animal Rescue and City Dogs Rescue and hosts donation drives in the store collecting money or “new or gently used” supplies for the organizations. In addition, the Woodley store will soon start puppy and obedience training classes Saturday mornings before the store opens, led by Kathleen Langheck of The Diplomatic Dog. 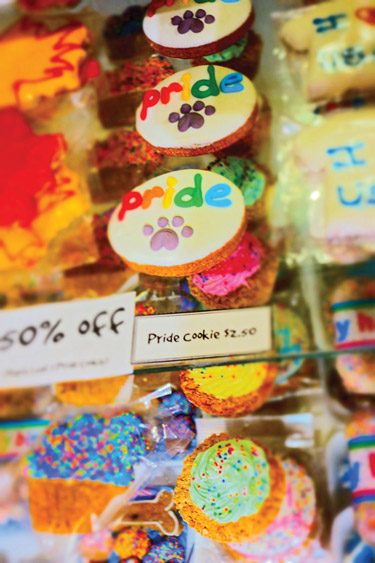 Wylie Wagg’s focus on top-tier, high-quality food extends to everything in the store — from customizable collars, to replaceable, recyclable dog beds, to toys “that stand up to use, or will be different than what you see everywhere.”

“In general,” Swanberg responds, “unless you have a holistic vet advising you, it’s really easy if you’re doing it yourself to miss things — unless you’re giving such a variety of foods. [They] need more vitamins than what’s in chicken breast.”

With the options at Wylie Wagg, she continues, “it’s kind of like home cooking, but you don’t have to worry about, am I missing anything or whatever. And it’s a lot less work-intensive than real home cooking.”

Ultimately, the point behind Wylie Wagg is to treat pets better. “All of the folks who come in here shopping for their pets — it’s more than just a pet, it’s where your pet is a member of the family.” So why shouldn’t everyone in the family eat better food — including real chicken?