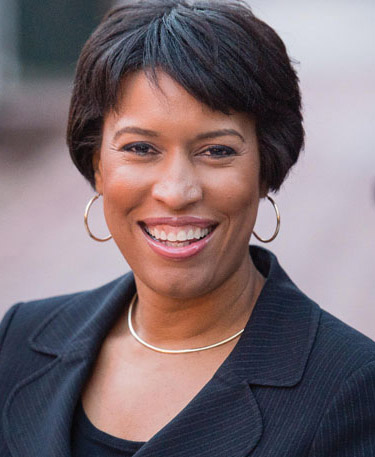 D.C. Mayor Muriel Bowser (D) on Tuesday issued an executive order banning official government travel to the state of Indiana. This came in the wake of the passage by the Indiana state legislature and signing into law by Gov. Mike Pence (R) of a “Religious Freedom Restoration Act” law that could foster discrimination against LGBT people.

As written, the Indiana law goes beyond the scope of the 1993 federal law of the same name and allows private businesses to discriminate against or refuse service to LGBT people by claiming doing so would violate their religious beliefs, and safeguards those owners who do discriminate from any legal remedy, such as lawsuits brought by injured parties.

Bowser’s executive order reads, “Whereas the state of Indiana recently enacted a law called ‘The Religious Freedom Restoration Act’ to allow businesses to discriminate against lesbian, gay, bisexual and transgender persons in public accommodations; whereas the courts and legislatures long ago recognized that the refusal to permit the use of public accommodations by minorities was a substantial burden on interstate commerce; and whereas the laws and public policies of the District of Columbia should support our values of inclusiveness and respect for all. …To ensure a consistent voice in policy and practice in the District of Columbia in favor of equal treatment for members of the lesbian, gay, bisexual and transgender community, no officer or employee of the District of Columbia is authorized to approve any travel to Indiana until such time as the Religious Freedom Restoration Act is permanently enjoined, repealed or clarified to forbid any construction that would deny public accommodations to persons based on their sexuality or gender identity.”

Bowser follows the lead of several other big-city mayors and governors in banning official government travel to the Hoosier State, including:

The following have banned all “non-essential” travel to Indiana:

San Diego Mayor Kevin Faulconer (R) has also floated the idea of a travel ban if the law is not amended by next week.

Earlier on Tuesday, in a reaction to the travel bans and several calls for businesses and sports organizations to boycott the state, with some even suggesting that the NCAA move its headquarters from Indianapolis, Pence called on Hoosier lawmakers to “fix” the law by issuing a clarification that it does not permit discrimination against LGBT people. But he also struck a defiant tone, blaming media outlets for “sloppy reporting” on the law and hedged when asked if he would ever consider signing into law legislation that included nondiscrimination protections for LGBT people.

D.C. Attorney General Karl Racine, who had already traveled to Indianapolis to speak at the Midwestern Regional Meeting of the National Association of Attorneys General prior to Bowser choosing to issue the order, released his own statement in reaction to the travel ban.

“While in Indiana, I learned of the Mayor’s Executive Order and calls for boycotting travel to the state,” Racine said. “I have a deep personal commitment to equal rights for all people, including firm and longtime support for the LGBT community. I have been proud to work to advance LGBT rights since becoming Attorney General — including a brief urging the Supreme Court to secure marriage equality for same-sex couples nationwide. As I do whenever I am representing the residents of the District of Columbia, I have used my presence at this meeting to not only speak on the importance of protecting the rights of all citizens, but also to promote the District — including our need for autonomy and voting rights.”