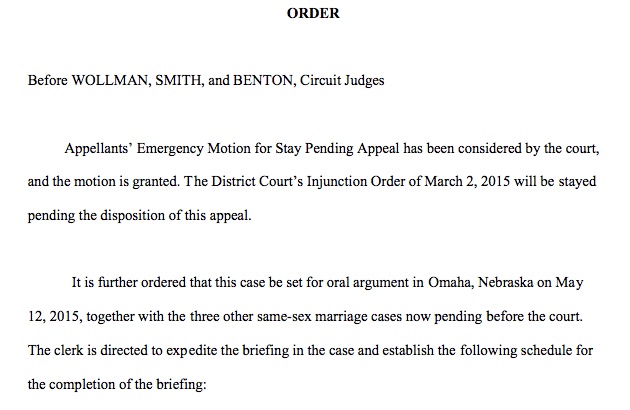 Same-sex marriages will not begin in Nebraska next week after the 8th Circuit Court of Appeals stayed a federal court’s decision overturning the state’s marriage ban.

The 8th Circuit granted the stay “pending the disposition of this appeal” and ordered the Nebraska case be considered together with same-sex marriage decisions out of Arkansas, Missouri and South Dakota during oral arguments on May 12.