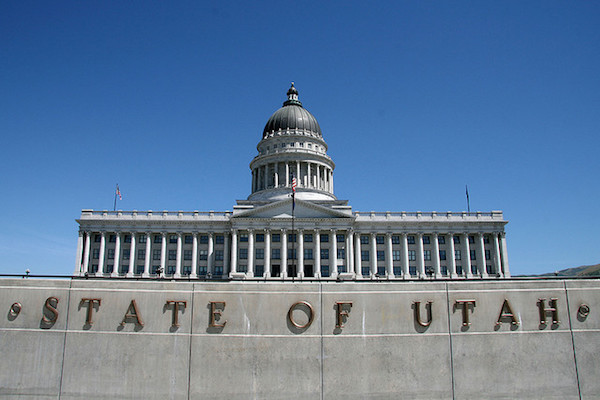 Utah will become the latest state to protect LGBT people from discrimination in employment and housing following a vote by the state Legislature late Wednesday.

After a late night session Wednesday, the Utah House of Representatives voted 65-10 to approve the historic piece of LGBT-rights legislation. Last week, the Utah Senate passed the bill with a 23-5 vote. Republican Gov. Gary Herbert is expected to sign the bill into law during a ceremony Thursday evening.

Senate Bill 296 modifies the Utah Antidiscrimination Act and the Utah Fair Housing Act to prohibit discrimination on the basis of sexual orientation and gender identity in housing and employment. The bill also seeks to protect religious freedom by ensuring no one can be fired or disciplined for their speech or expression outside of work on matters related to marriage, family or sexuality — whether that speech be pro-LGBT or anti-LGBT. Moreover, no religious exemptions would be allowed for individuals or for-profit businesses. The bill specifically exempts the Boy Scouts of America. The Mormon Church, which played a key role in drafting the bill, is the Boy Scouts’ largest single sponsor.

According to Ben Winslow of Salt Lake City’s Fox 13, the bill’s passage in the House proved an emotional moment: “The gallery, filled with many members of Utah’s LGBT community, erupted in applause. The vote was so emotional, the House reading clerk could not find the words to start reading the next bill. She wiped her tears and handed the next bill to an assistant to read.”

The bill was introduced in the Utah Legislature just last week and is the byproduct of seven years of work and negotiations. Upon its introduction just last week, the Church of Jesus Christ of Latter-day Saints and LGBT-rights groups announced their joint support for the historic nondiscrimination bill, describing it as a compromise that could provide a path forward for the nation.

“The passage of S.B. 296 is historic—a Republican majority has voted to expand Utah’s existing non-discrimination protections to include the state’s LGBT community for the very first time. Equality Utah, the ACLU of Utah and the bipartisan group of legislators who worked around the clock to move this legislation forward have achieved an incredible and collaborative victory for the people of Utah,” said Chad Griffin, president of the Human Rights Campaign, in a statement.

However, HRC Legal Director Sarah Warbelow has pushed back against claims the bill should serve as a model for other states. “This non-discrimination bill places Utah’s LGBT community on equal footing with other protected classes under Utah state law with regards to employment and housing. However, ‘equal footing’ can vary widely from state to state,” Warbelow said in a statement. “We urge all state legislatures considering non-discrimination legislation to use existing civil rights law in their state as a model when seeking to treat their LGBT communities equally and fairly under the law.”

But as Utah prepares to join 21 states and D.C. in adopting explicit nondiscrimination protections based on sexual orientation, and 18 states and D.C. in adopting explicit gender identity protections, LGBT-rights advocates warn that a separate bill making its way through the legislature threatens to gut Senate Bill 296. According to the ACLU of Utah, House Bill 322 introduced by GOP Rep. LaVar Christensen would allow for for discrimination against LGBT people in the name of religion. Griffin labeled the religious freedom bill as “vitriolic anti-LGBT legislation.”

“When all stakeholders sit around the table to work on legislation, great things transpire. Representative Christensen’s bill violates the spirit and intent of our historic collaboration with the LDS Church on SB296,” added Troy Williams, executive director of Equality Utah, in a statement. “The LGBT community has never been approached or consulted on any aspect of this bill. This ill-conceived legislation would devastate the great accomplishments we have made with SB296.”