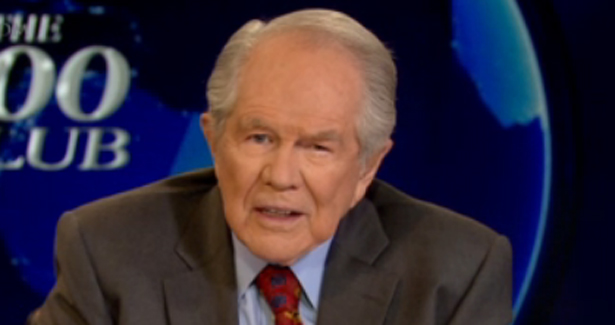 — Pat Robertson (founder of the Christian Broadcasting Network), speaking on his show The 700 Club. Robertson has a history of spouting dangerous or nonsensical rhetoric, which is homophobia dressed up as religious preaching, and as such has waded in on the Indiana RFRA controversy, Right Wing Watch reports.

Because, apparently, wanting a bakery to make a cake for a gay wedding or being protected against a restaurant owner throwing you out for being transgender is the same as wanting to have sex with animals.

Pretty sure we won’t be, Pat.

Father of three then turned his rage on the child's mom, choking her until she lost consciousness.

An Australian father pleaded guilty to beating his six-year-old son for sitting on another boy's lap in what he believed was a sexual interaction.

The 28-year-old father of three from Mackay, North Queensland -- whose name is being kept anonymous under Australian privacy laws -- reportedly yelled "being gay is wrong" as he beat the his eldest son and threw him to the ground, screaming: "If they were adults I would have killed them."

He then turned his rage on the child's mother, who had entered the room to protect the couple's infant daughter. He grabbed the woman, pinned her against the wall by her throat, and choked her until she lost consciousness.