Home / Features / The 2015 Next Generation Awards

The 2015 Next Generation Awards

Generations change. That’s why it feels so right that we’re celebrating the LGBT community’s next generation in Metro Weekly the same week we’re watching as the work of past and present generations comes to fruition before the Supreme Court.

It’s no simple thing to impose a narrative on the course of LGBT history. We have so many competing visions, have lost so much of our past to indifference and hostility. Over the decades, we’ve changed and grown the very definition of our community –- from homosexual to gay to lesbigay to LGBT –- as we’ve learned to better practice the principles of equality among ourselves, as we ask others to do with us.

But we have the theme of change –- change for the better. A society that once could only think of us as unnatural perverts and deviants now gives us majority support for our relationships, lives and equality under the law. Where the closet once ruled we now have the freedom and joy of living life openly.

Not that we live in the halcyon days of full LGBT equality. The arguments at court are not yet won. Some dress up their bigotry in the guise of “religious freedom.” In most states you can probably be fired for being gay and you can definitely be fired for being trans. Justice isn’t easily found for those among us who have the least.

That’s why the next generation is so important. They’re living lives that many of us only dreamed of. They’ll be the ones to bring those dreams to those who have not yet reached them.

That’s the heart of the Next Generation Awards. That’s why in our seventh year we’re proud to introduce you to four young leaders who stand out for their accomplishments, their drive, and their commitment to making things better for their generation and the next.

The Next Generation Awards, presented by Metro Weekly, are produced by the Next Generation Leadership Foundation, a non-profit dedicated to inspiring, mentoring, and honoring the next generation of LGBT leaders. Sean Bugg is the president and founder.

The Next Generation Awards reception will be held on Thursday, May 7, from 6:30 to 8:30 p.m. at Beacon Bar and Grill. Tickets are available online at nglf.org for $55 and at the door for $60. Tickets are tax deductible and proceeds further the work of NGLF. 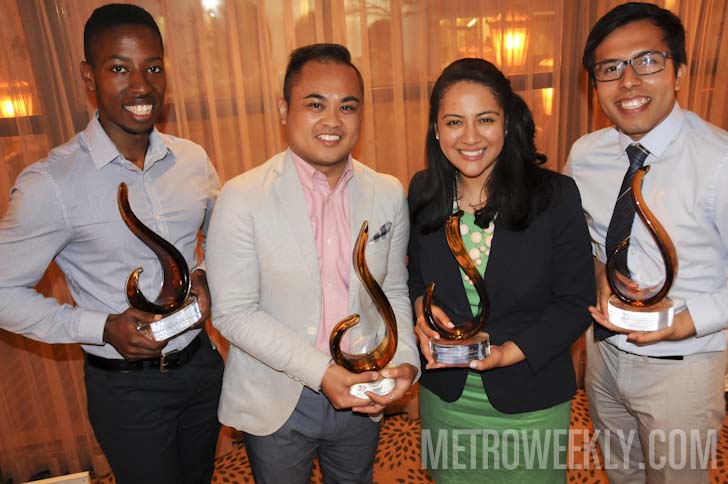 Update: See our photos from the 2015 Next Generation Awards