It was a discussion in his high school humanities class that ignited Vincent Paolo Villano’s sense of fairness and caused him to first speak out in favor of LGBT rights.

“I think it was around the time that Massachusetts had done their gay marriage ruling, and we were talking about it, and someone said something that was just completely offensive,” he recalls. “And this was before I was out. But it just triggered this tirade inside me about a fundamental issue of equality. It just didn’t make any sense to have two classes of people, and to treat them differently with respect to marriage.” 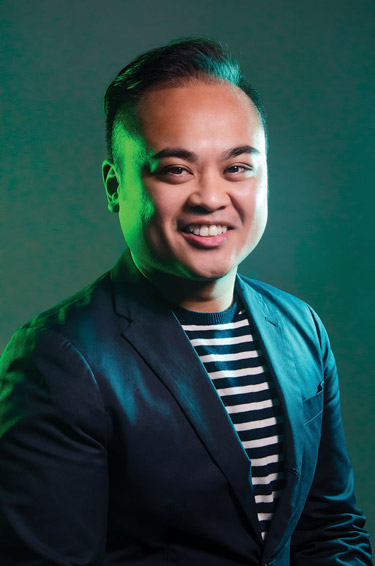 Fast forward a decade, and Villano is still speaking out in support of LGBT rights, boasting a resume of activism that would humble even the the most fervent community organizer. He currently works as the director of communications at the National Center for Transgender Equality (NCTE), where he endeavors to share the real-life stories of transgender people and the challenges they can face, while also urging members of the media to cover transgender issues in a sympathetic yet respectful way.

Outside of his work at NCTE, Villano served as Vice President for Administration for the Gertrude Stein Democratic Club, D.C.’s largest LGBT political group, and as an organizer and press contact for the successful campaign to elect Gregory Cendana, an openly gay local activist in the Asian American and Pacific Islander community and the organized labor movement, as a delegate to the 2012 Democratic Convention, upsetting party establishment favorite and former D.C. Mayor Marion Barry, then the Ward 8 councilmember.

While a student at American University, Villano worked at the college’s GLBTA Resource Center, educating peers and professors alike on LGBT issues. He eventually became coordinator of the school’s Rainbow Speakers Bureau, where he recruited and trained openly LGBT people to talk to campus groups, churches and community centers to dispel myths and misperceptions about the lives of LGBT people and the issues affecting them. He also became involved with Youth Pride Alliance, helping to launch a scholarship fund named after local LGBT activist Wanda Alston and organize the group’s annual Youth Pride Day celebration.

But it is perhaps Villano’s background that makes his pro-LGBT activism all the more surprising. Born into a traditional Filipino family, Villano and his family immigrated to the United States in 1990, five years after his father enlisted in the U.S. Navy, which allowed the family to eventually obtain citizenship. Villano moved around from California to Washington state and even lived in Japan during high school, while his parents worked multiple jobs to make ends meet.

“For us as kids, growing up wasn’t always easy,” he recalls. “There was a brief period of time when my three siblings and I did three things on Sunday: went to church, helped my parents with their second job, cleaning office spaces as janitors, and went to Golden Corral for the buffet. When my mom couldn’t clean anymore, she took on midnight shifts working at Taco Bell.”

Because of misperceptions in Filipino culture that assume gay people want to be the opposite gender, Villano’s family worried about his masculinity. When Villano first came out to his sister in high school, she told him, “That’s fine if you’re gay, just as long as you don’t start wearing women’s clothing.” Similarly, his older brother, an all-star wrestler, sat him down after publicly coming out, telling him, “You can be gay, but just remember you’re still a man.”

“I think overall my family has been very loving and supportive,” Villano says of his sexual orientation. They’ve also come to embrace his choice of career. “It’s gotten to the point, now, where my mom will constantly send me emails about articles she reads about trans issues,” Villano says.

Despite his many accomplishments at such a young age, Villano says he’s not ready to retire from activism anytime soon, particularly when he feels like there is still much to do.

“I’m motivated by a lot of things,” Villano says. “I’m motivated by the complexity of problems that our communities are facing. I’m motivated by anger and frustration about the lack of progress on a lot of youth problems. But I’m also motivated by winning. I’m an aggressive or assertive person. When it comes to telling stories around social justice issues, there isn’t a cost that we can’t overcome or can’t absorb when the problems are so great.”

The 2015 Next Generation Awards

John Riley is the local news reporter for Metro Weekly. He can be reached at jriley@metroweekly.com
← Previous Story Abbe Land: Trevor Project’s Executive Director on saving lives and helping LGBT youth
Next Story → Noel Gordon: The Next Generation Awards 2015