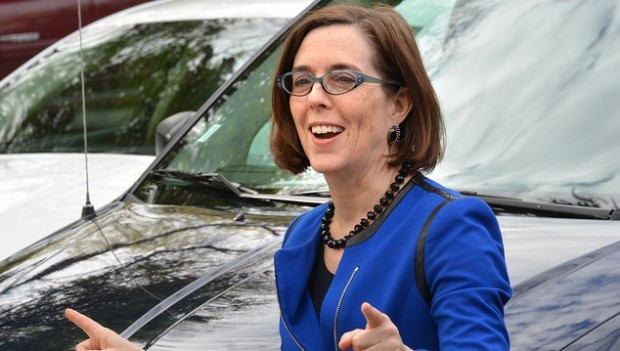 Oregon Gov. Kate Brown (D), the nation’s first out bisexual governor, signed into law legislation on Monday that prohibits the practice of conversion or “reparative” therapy on minors, making the Beaver State the fourth jurisdiction to do so.

“This lifesaving law will protect the health and well-being of LGBT youth in Oregon and ensure that licensed mental health professionals cannot abused their position of trust to do lifelong harm to children and tear families apart,” Samantha Ames, campaign coordinator of #BornPerfect and a staff attorney for NCLR, said in a statement. “…we will continue this fight until the day no child knows the devastation of being told they were born anything but perfect.”

Meanwhile, supporters of the therapy insist it’s hypocritical of LGBT advocates to support a ban on allowing youth to explore their feelings of same-sex attraction and gender dysphoria while constantly telling youth that it’s okay to explore their sexuality. Supporters of the therapy also say that limiting licensed professionals from practicing conversion therapy will throw “best practices” and ethical standards out the window, forcing concerned parents to go “underground” and consult either unlicensed therapists or religious groups, thereby putting children at greater risk.

Measures similar to Oregon’s that seek to prohibit licensed therapists from practicing on youth have passed in previous years in California, New Jersey, and the District, each being signed into law by their respective executives, Gov. Jerry Brown (D), Gov. Chris Christie (R) and former Mayor Vincent Gray (D). All three bans appear to have weathered legal threats against them, with the U.S. Supreme Court declining to hear challenges in the California and New Jersey cases, effectively allowing appeals court decisions upholding the laws to stand. In the District, proponents of conversion therapy have failed to find anyone with standing to challenge the law.

Additional legislation was introduced in 18 states this year to ban conversion therapy, but most of those bills either stalled or were killed in committee. The New York State Assembly, which is controlled by Democrats, passed a bill banning the therapy on minors by a 94-23 margin with bipartisan support, but the New York State Senate, which is controlled by Republicans and six conservative Democrats who caucus with Republicans, has yet to take up the measure. Another measure, in Massachusetts, remains alive but has stalled in a joint House and Senate committee as the clock ticks down for this year’s legislative session. President Barack Obama has already come out in favor of individual states crafting legislation to ban the practice.