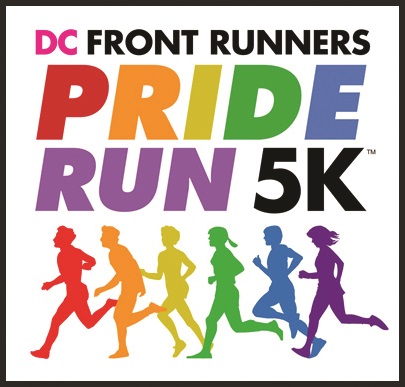 The DC Front Runners Pride 5K has hit a new record in its third year.

“We’re excited that we’re sold out,” says the group’s Larry Harte. “This is going to be the largest race ever.”

The number of registered participants for this year’s race has increased 25 percent over last year to 1,250, up from 1,000. Proceeds from the race will benefit Team DC’s student-athlete scholarship and the LGBT youth organization Supporting and Mentoring Youth Advocates and Leaders (SMYAL).

The 5-kilometer course winds through Congressional Cemetery, where a national memorial to LGBT war veterans is scheduled to be erected. According to Harte, representatives from Congressional Cemetery will mention the memorial in remarks just before the race kicks off at 7 p.m. on Friday, June 12. The Gay Men’s Chorus of Washington will sing the national anthem at the start of the event.

Nike and Choice Hotels are the presenting sponsors for the race and all participants will receive a free Nike Dri-FIT t-shirt. The race itself will feature a water stop, complete with a fountain, which will be run by members of the DC Aquatics Club (DCAC). A “Finish Line Party,” hosted by JR.’s, will follow the race, with beer for participants, as well as watermelon, bananas and snack bars, a live DJ, and performances from the DC Front Runners dance troupe and the Ladies of Illusion drag troupe.

Race organizers are trying to tie in the race with the “Flashback” theme of Capital Pride, and are encouraging participants to dress in costumes reflecting styles from previous decades.

Says Harte, “We’re really thankful to all of our volunteers, the race committee and sponsors that have made this happen.”

The DC Front Runners Pride 5K takes off at 7 p.m. on Friday, June 12. Participants and spectators should arrive between 6 and 6:30 p.m. Those interested in volunteering should email volunteer@dcfrontrunners.org. Meet inside the main gate of Congressional Cemetery, 1801 E St. SE. For more information, visit dcfrontrunners.org.

Editor’s Note: This article was corrected to clarify that participants will receive free t-shirts as a prize.