“Sometimes it seems as if they are in a contest to see who can be the most stalwart defender of ‘traditional marriage’ – who can most effectively stoke the unfounded fears of the far right.” 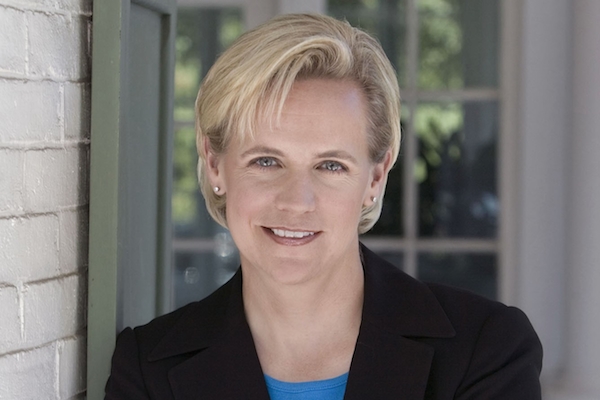 Cheney, who is openly lesbian and married her wife in 2012, slammed the candidates for the Republican presidential nomination, calling out their opposition to same-sex marriage. She picked apart several arguments used by her GOP fellows, including that it will impact upon religious freedom — a tactic used to invigorate the party’s conservative base.

“When talking about same sex marriage, these candidates regularly throw around phrases like religious freedom and religious liberty,” she wrote, “warn that marriage equality will lead to the criminalization of Christianity or the downfall of the American family, and fret that our nation’s very future is at risk.”

Cheney noted the clear exemption between civil marriage and religious marriage. Same-sex marriage won’t impact on the freedom of religious institutions. “No matter what happens with same-sex marriage, that will not change,” she wrote.

“Regardless of what the U.S. Supreme Court decides this term, the American Public is already on the side of marriage equality,” she said, noting that Republican efforts to turn marriage into a “fight” would ultimately prove fruitless. Instead, it was more important to consider “where the Republican Party goes from here.”

“For years I have listened while Republican candidates talked about the importance of family and the need for our country to support strong families. I whole-heartedly agree,” Cheney wrote. “We do need to support families, but that means supporting all families – regardless of which state they live in, how they look or how they are made.”