Do I Sound Gay? (Review)

Do I Sound Gay? asks a lot of questions about the way gay men talk -- it just fails to answer most of them 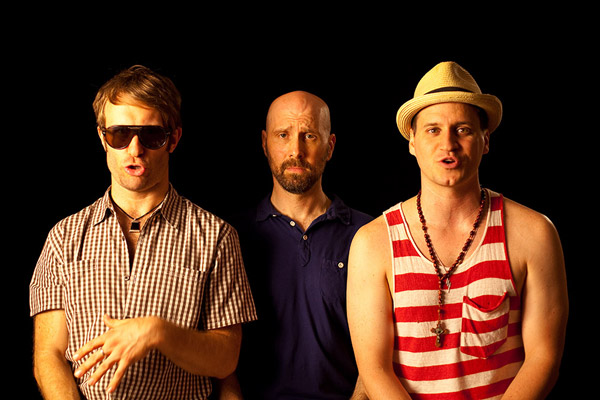 Do I Sound Gay?

Do I sound gay? It’s a question I’d imagine most gay men have asked themselves. Whether it’s the gay teen growing up in a conservative town, trying to save themselves from another beating, or the insecure adult, spurned by other men for being “too effeminate,” gay men have a variety of reasons to question whether their sexuality is the first thing strangers hear in their voice.

It’s also the title of David Thorpe’s 80-minute documentary, which chronicles the 40-something New York resident’s attempts to determine whether there’s a gay voice, and whether he can change his own. Fresh from a break up, which occurs prior to the narrative, Thorpe’s confidence is in the toilet and his own typically “gay” way of speaking is starting to get on his nerves.

To call the film self-indulgent would be a gross understatement. It’s clear that Thorpe, who steps out from behind the camera, uses Do I Sound Gay? (

) as both catharsis and therapy, as he explores speech therapy, interviews celebrities, interacts with the common (gay) man, and discusses his own speech patterns with friends and family. It’s a documentary that’s drenched in autobiography, as Thorpe narrates his issues with both his own speech, as well as that of other gay men — a crowded train to Fire Island is highlighted as a particular source of irritation due to an overwhelming number of gay men all chatting away.

And yet, it’s easy to forgive Thorpe because watching him work through his own confidence issues, as well as explore a subject matter we’ve all at least considered, is fascinating. Thorpe’s narrative starts in the office of a speech therapist, who offers advice, criticism and exercises to help him utilize a more defined pattern of speech. Said therapist identifies that Thorpe “covers” his speech — he adapts to fit the environment he finds himself in.

It’s something we’re all guilty of: we’ll become more animated around friends, more formal with respected peers, more guarded with strangers. With gay men, however, it offers a fascinating glimpse into the heteronormative (and sometimes homophobic) pressures we feel to fit in. Thorpe’s friend mentions that he is much more staid at work — he rarely cracks jokes and avoids any campness — due to the conservative nature of the business he works for. Why do we still feel the need to conform when others are free to be themselves?

If there are echoes of reparative therapy, which tries to change a person’s sexual orientation, you’re not the only one hearing them.

It’s exemplified in the office of Bob Corff, voice coach to “between 20 and 50 men” each year, all wishing to sound less gay. A rather foreboding sign in his office reads “Change is possible,” while the sessions are referred to as “straight lessons.” If there are echoes of reparative therapy, which tries to change a person’s sexual orientation, you’re not the only one hearing them.

But Thorpe doesn’t explore this thought in any depth. He shies from the arguably troubling desire some gay men have to change a unique part of their identity: their voice. Only his friends raise the issue when asked whether they dislike their voice — all consider their voices as integral to their identity, though many have thought about whether they sound too gay.

It’s something echoed by the celebrities he interviews. David Sedaris comments on hotels frequently referring to him with female pronouns whenever he calls the front desk. George Takei mentions that people would often tell him he had a “straight voice,” which he strongly objected to. Margaret Cho recalls that it was deep-rooted shame which led to her father eliminating his Korean accent in order to sound more American. Tim Gunn (who has a fantastic voice, let’s all agree) is more than aware that he stylizes his words — he just prefers to do so.

Thorpe only continues to leave more unanswered questions as he works through his personal vocal issues. Visiting with linguistics professors and speech experts reveals that gay men do have a unique pattern of speech, on average. Gay men who are socialized as children with women are more likely to adopt feminine speech patterns, and the reverse is true for gay men who spend more time with men. In a fascinating segment, Thorpe’s childhood friends pinpoint the exact moment he started to sound “gay” — after he came out in college and began to socialize with gay men. However, speech isn’t always a signifier of sexuality — Thorpe himself has two friends, one straight, the other gay, who have speech patterns we’d traditionally associate with the opposite gender, while a study discussed in the film reveals that most people fail to match sexuality with voice in blind tests.

Do I Sound Gay? covers a lot of ground in its short runtime. What it doesn’t do is scratch below the surface.

Do I Sound Gay? covers a lot of ground in its short runtime. What it doesn’t do is scratch below the surface. Why is having a “gay” voice still something we look down upon? Why is there so much self-loathing in the gay community? Why do we shun effeminate men? Why is machismo valued above all else?

However, while it certainly refrains from depth and leaves countless deeper questions unanswered, Do I Sound Gay? is still a worthy watch. Thorpe’s personal journey is inspiring. Rather than alter his voice to remove any trace, he instead finds a confidence that has been sorely lacking. He abandons his exercises and instead revels in the comfort of his own voice, which is enhanced with greater projection and a deeper range. “You still sound like a lady — but a handsome lady,” a friend quips.

And it’s tough not to feel inspired while watching Thorpe’s various celebrities state that their voices have been no hindrance on their love lives, their careers, or any other aspect of their success. Gunn once hated his voice, but it’s now arguably his most defining feature — well, that and his impeccable fashion sense. Sedaris has been with his partner for over 20 years. As Dan Savage notes, “a man cake with a little female frosting” is pretty hot.

So, do you sound gay? After watching Thorpe’s documentary, you’ll be hard-pressed not to answer, “I couldn’t give a fuck.”

Do I Sound Gay?