By Troy Petenbrink on August 5, 2015 @thegaytraveler 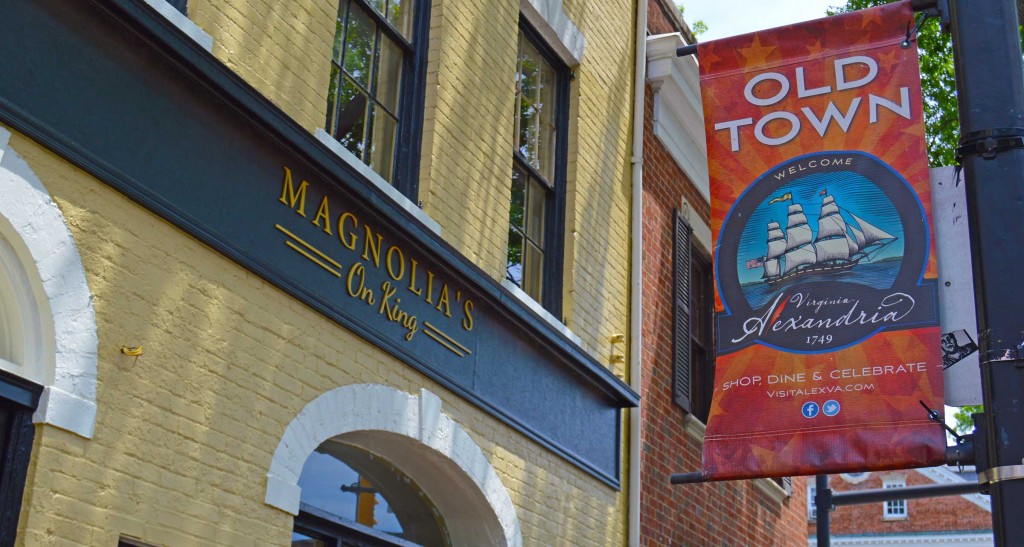 The restaurant boom in the District has generated a lot of buzz recently, but the nation’s capital doesn’t hold a monopoly on regional dining. Just look across the Potomac.

“Northern Virginia’s restaurant scene continues to expand and diversify at a rapid pace, adding to the vibrancy of the industry not only in Virginia, but in the entire region,” said Kathy E. Hollinger, president and CEO of the Restaurant Association of Metropolitan Washington.

According to RAMW, Virginia restaurants now comprise almost a quarter of their members. That’s an increase of 16% over the past five years.

“When we were thinking about expansion and started putting pins in the map we found ourselves looking at a whole bunch of pins in Northern Virginia,” said Ty Neal, the co-owner and CEO of Matchbox Food Group. “There are some great areas to be in with sophisticated diners who work hard and play hard. We think it is underserved and are actively looking all over Northern Virginia.”

Matchbox Food Group already operates two restaurants in Northern Virginia — a Matchbox pizzeria in Merrifield and a Ted’s Bulletin in Reston — and recently announced that it has leases signed for additional outlets in Loudoun County and at the Pentagon City and Potomac Mills shopping centers.

Virginia’s food scene is “exploding,” says Nycci Nellis, co-host of the radio program Foodie and the Beast. “One of the best aspects of what is happening is that many of the new restaurants are not ‘suburban specific,’ they would easily survive in the city.”

Nellis and Neal credit part of the growth in Northern Virginia’s dining options to developers taking a holistic approach to new projects. They point to the Mosaic District town center in Merrifield, Va., as a perfect example. It opened in 2012 and lured some of D.C.’s most popular restaurants to open outposts, including Matchbox, Dolcezza and Red Apron. Now, it is home to 17 dining venues with Brine oyster bar, DGS Delicatessen, and Mom & Pop cafe (an offshoot of Dolcezza in partnership with Red Apron) and Sister Thai opening in the last four months. 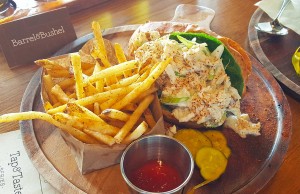 The opening of the Silver Line has also helped breathe new life into the dining scene along its stops. Tysons’ new residents include celebrity chef José Andrés’ American Eats Tavern, the dueling farm-to-table focused Barrel & Bushel and Founding Farmers, and Eddie V’s Prime Seafood. And in Reston, Barcelona Wine Bar and Bartaco have opened in The Avant luxury residential building. In addition, Not Your Average Joe’s will open in Reston in the next few weeks. It will be the Massachusetts-based restaurant chain’s third restaurant in Northern Virginia and fifth in the metro region.

Being close to the District has long made Arlington and Alexandria appealing to restaurateurs. And the recent foodie boom has only served to renew interest. Asheville-based Southern restaurant Tupelo Honey Café specifically selected Arlington for its newest outlet and its most northern location.

According to Christin Prince, the senior vice president of marketing for Tupelo Honey Cafe, the company wanted to be near D.C. but keep to a smaller neighborhood that fits with its brand. She says the response has been “overwhelmingly positive” and that the area has a “great culinary culture.”

As for Alexandria, it recently saw the opening of Blackwall Hitch, a massive 10,000-square-foot seafood restaurant that took over the Torpedo Factory’s defunct food court, Carluccio’s, an Italian eatery and market, Sonoma Cellar, a tasting room and restaurant, and Magnolia’s on King, featuring Southern cuisine.

At the current pace, the Old Dominion might soon consider updating its tagline to “Virginia is for Food Lovers.”