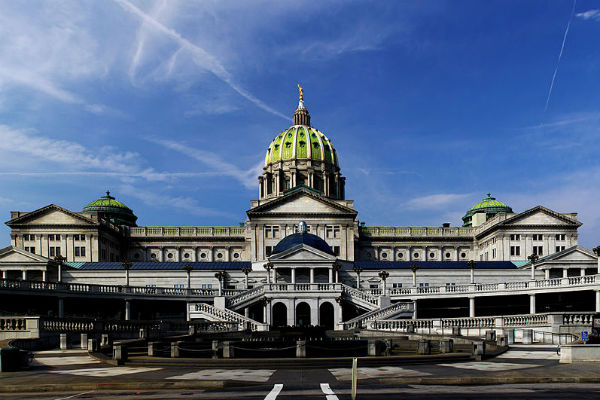 A bipartisan group of Pennsylvania lawmakers on Wednesday introduced House and Senate versions of a bill that would prohibit discrimination against LGBT people in employment, housing and public accommodations.

If passed, the Fairness Act would bring Pennsylvania nondiscrimination law into line with 19 other states, including many of its neighbors in the Northeast, as well as the District of Columbia. Currently, Pennsylvania is the only Northeastern state that does not provide legal protections for people based on sexual orientation and one of only three from that region that does not extend those same protections to transgender individuals.

Proponents of the bill have argued it will help improve Pennsylvania’s economy by allowing companies to attract and retain qualified people. The bill has already received the backing of Pennsylvania Competes, a coalition of businesses, universities and civil rights organizations that is pushing for the nondiscrimination protections.

“Promoting inclusion and eliminating discrimination fosters growth in Pennsylvania’s economy by ensuring that the Commonwealth is able to attract employees from a highly skilled workforce and, in particular, appeal to members of the innovative millennial generation,” Browne said in a statement.

“Pennsylvania businesses are engaged in a highly competitive war for talent,” said Audrey Russo, president and CEO of the Pittsburgh Technology Council. “This legislation not only provides basic protections for our employees, but it also showcases Pennsylvania as a Commonwealth that is serious about attracting the world’s most diverse and creative workforce.”

“While Pennsylvanians have enjoyed the right to marriage equality for over a year now, we are long pasRep. Brian Sims (D-Philadelphia), the legislature’s only out LGBT member and a cosponsor of the Fairness Act. “This is no longer a progressive issue, but an issue of basic fairness. As we see in the bipartisan support for this bill, this is not a matter of left and right, but a matter of right and wrong.”

“All Pennsylvanians deserve to be able to live, work and thrive in their communities free from unfair discrimination or harassment,” said Marty Rouse, national field director for the Human Rights Campaign, a member of Pennsylvania Competes. “The time for LGBT Pennsylvanians to have the critical legal protections from discrimination that they deserve is long overdue. We urge Pennsylvania’s lawmakers to promote fairness and equality by quickly passing the Pennsylvania Fairness Act and sending it to Governor Wolf’s desk without delay.”