NHL more forward on LGBT rights, even though there's not yet been an openly gay professional hockey player

By John Riley on September 17, 2015 @JohnAndresRiley 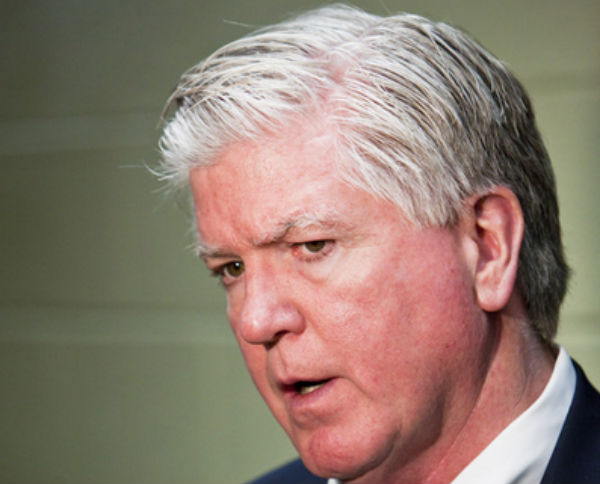 An overwhelming majority of professional hockey players say they’d accept an openly gay teammate, according to a recent survey by USA Today.

Brian Burke, the president of hockey operations for the Calgary Flames, said he was not surprised by the findings of the survey, but was disappointed in the one player who said they would not accept a gay teammate.

“I don’t think our players have an issue with gay players. I think the first player to come out is going to find an unbelievably welcome reception,” Burke said. “I think my generation has a bigger problem than their generation when it comes views on the gay community.”

The NHL has previously done significant outreach to the LGBT community, with every NHL team throwing their support behind You Can Play, an advocacy organization that seeks to promote LGBT inclusion in sports. You Can Play was co-founded by Brian Burke’s son, Patrick, and was started after the death of his son other son, Brendan, who came out as gay in 2009 as a hockey manager at Miami University of Ohio and died in a car accident a year later. Due to the Burke family’s involvement with You Can Play and dedication to LGBT inclusion, the hockey community has largely been much more progressive than other professional sports, at least in terms of acceptance.

Must read: Every NHL team has a You Can Play video
Also read: Hockey world is becoming more welcoming to LGBT athletes and fans

“You Can Play has helped immensely in this area,” Brian Burke said. “When we shot the first set of You Can Play videos, guys were stopping me at rinks and saying, ‘Why didn’t you ask me?’ Guys were mad. Guys were insulted that we didn’t ask them. That’s when I thought, ‘Wow, we are farther ahead than I thought.'”