As Apple preps its latest iPhones, Android manufacturers are fighting for attention this fall 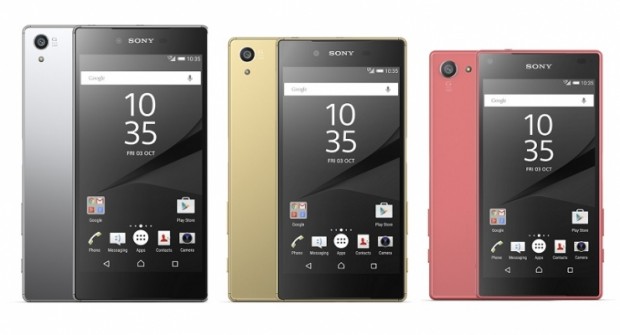 We’re entering an interesting time of year for the smartphone market. For most manufacturers, it’s a time to panic, to vie for column inches, to brawl for consumer attention. Why? Because fall means one thing: new iPhones. Those two words are enough to send a cold sweat down even the most confident marketing executive’s spine.

When Apple launches its iPhones, it does so without concern for market trends, stock woes, or even financial crises. There are just three constants in life: death, taxes, and that each year Apple will sell millions of iPhones. The iPhone is the fruity company’s most important product. Despite Macs, the iPad, the Apple Watch, their new Music service and the beleaguered iPod line, it’s the iPhone that has been instrumental in helping Apple stockpile over $200 billion in cash and rise to become Earth’s most valuable company. At two-thirds of the company’s annual revenue, Apple can be confident of one thing: that no matter what else is released for the remainder of 2015, nothing will touch the iPhone.

And yet, perhaps even more surprisingly, fall is one of the most popular times of year for Apple’s main competitors to launch their various flagship handsets. Samsung typically dominates Android twice yearly — in spring with its Galaxy S line, then again in fall with the Galaxy Note’s annual update. Most other manufacturers, however, are choosing fall to convince those unswayed by Apple’s all-conquering iPhones to part with their cash.

First, we’ve got Sony. The Japanese tech giant, once the Apple of its day, has come on hard times of late. Shuttering divisions, selling property, laying off employees — Sony is a far cry from being the last word in televisions, media players and other high-end gadgetry. Look to Sony’s smartphone division if you need further proof. After failing to grasp the importance of Android’s meteoric rise with several middling devices, Sony attempted a comeback in 2013 with the Xperia Z. It was beautifully made, had a great screen, a good camera and was fully water- and dustproof. Critics lauded it, consumers bought it in droves — consumers in Europe and Japan, that is. Elsewhere, particularly in the U.S. where carriers were unwilling to commit, Sony continued to struggle. That decline has only increased as Sony released forgettable midrange devices and updated its Z line in a bizarre biannual schedule — these updates were often so incremental that they started to blur together. Consumers couldn’t discern between Sony’s newest smartphone and its predecessor — something no amount of marketing could spin into sales. 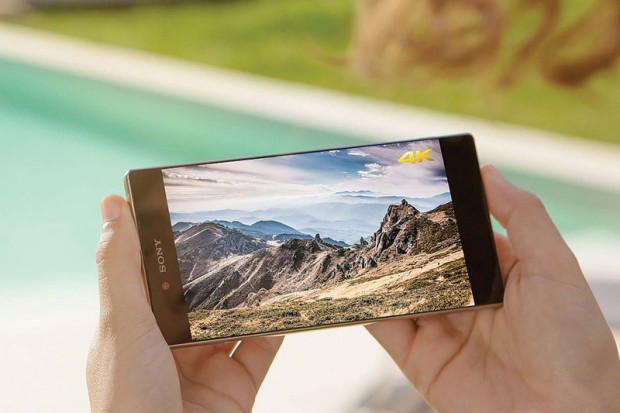 Well, yes and no. Sony announced three new devices, the Z5 Compact, the standard Z5, and the new Z5 Premium. Aside from an improved, 23 megapixel camera and a fresher version of Android, there’s little drastically different about the standard Z5. Instead, those seeking Sony’s best efforts should look to the Premium. Here, the size has been stretched to an iPhone 6 Plus-aping 5.5-inches, but the screen boasts four times the resolution of Apple’s handset. Yes, Sony has condensed the 4K resolution and picture-improving screen tech of its Bravia TVs into a smartphone. It’s a world first — something Sony hasn’t been able to claim for a while. That new camera is also a world-first, taking just 0.03 seconds to focus. Sony is promising dramatic improvements over the Z3, something it sorely needs to achieve, as despite providing the tech for Apple and Samsung’s incredible smartphone cameras, Sony has never been able to create the same world-beating experiences for their own phones.

Whether American carriers buy into the Z5 hype is another matter entirely. T-Mobile, which has supported Sony in the past, has no plans to stock the Z5. Verizon haven’t even managed to get the Z4v, a specially-created device announced months ago, onto its shelves. Canada will get the Z5, but our neighbors to the north may be alone in that regard.

While Sony may struggle to gain sales, Google are all but guaranteed to do well this fall. The tech giant’s Nexus line is designed to showcase Android in its freshest, cleanest form and has been a resounding success for both Google and the manufacturers it partners with.

This year, all rumors point to two devices, a Nexus 5 made by LG and a larger Nexus by Chinese firm Huawei — yes, the same Huawei that the House Intelligence Committee accused of being a national security threat. For Google, such things are mere trivialities. Huawei is the world’s third largest smartphone manufacturer and Google wants to capture a sweet slice of the massive Chinese smartphone market pie. 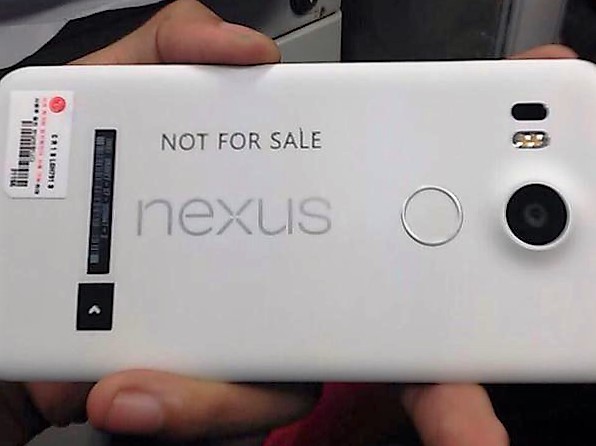 Everything points to the Nexus 5 replicating the budget-minded qualities of the original 2013 model. It’ll be interesting to see if LG and Google can keep the Nexus 5 to the $349 starting price that made the original so popular. Huawei’s 5.5 or 5.7-inch phablet looks to be the flagship of the two, replacing Motorola’s Nexus 6 from last year. The rumor mill seems less certain on what exactly Huawei’s Nexus will contain — though both devices’ bodies have already been the subject of several leaks. The original Nexus 6 retailed at $649 off contract — which was something of a steal, given its premium specs. Huawei has a reputation for delivering solid devices at low prices, which would certainly set a precedent for a lower starting price than last year. 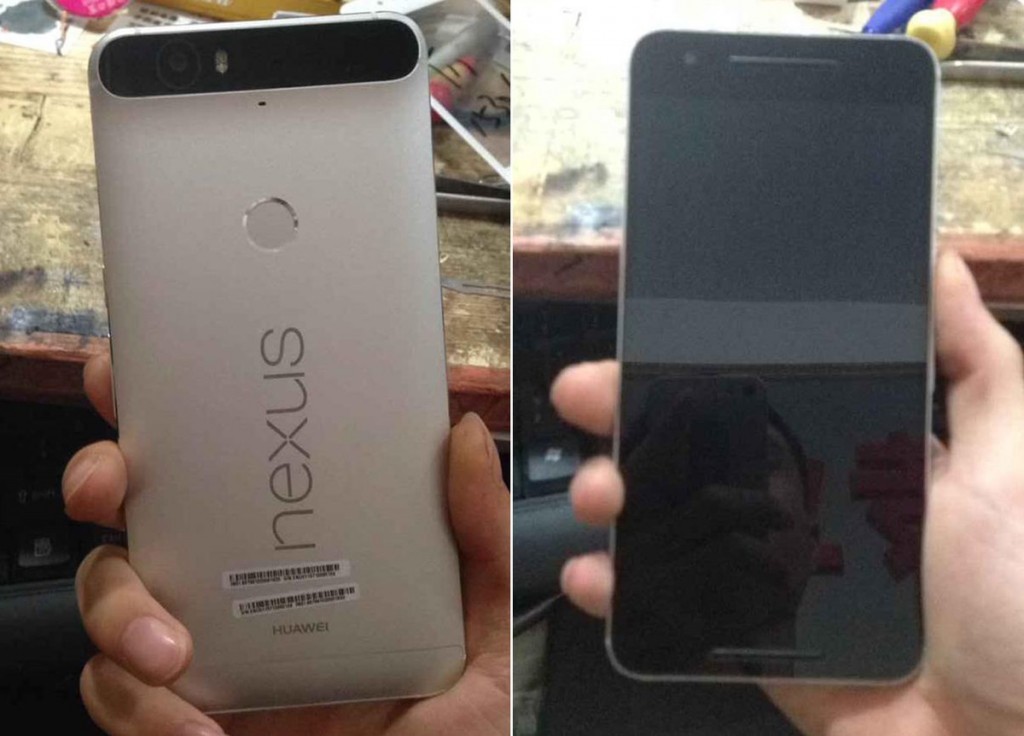 Both devices can be expected to include fingerprint readers — a necessity for Google’s new Apple Pay rival. Each device will also come with Android 6.0 Marshmallow, the latest version of the OS. It places a greater emphasis on battery life, usability, security and convenience. A September 29th reveal and October 13th pre-order date are currently being thrown around by various tech sites — Google has yet to confirm anything, so take copious doses of salt with all of this information.

Sony isn’t alone in desperately needing a successful device. Poor, long-forgotten HTC needs resuscitating, too. Once the industry’s fastest growing smartphone maker, it lost its way a couple of years ago by spreading itself too thin across a number of forgettable devices. A comeback almost occurred with the One flagship in 2013, but a bizarre advertising campaign and two years of mediocre updates have failed to maintain consumer interest. Indeed, this year’s One M9 has been a total disaster — sales revenues have plummeted, as has HTC’s stock value. It was recently delisted as one of Taiwan’s 50 most valuable companies. That’s why rumors of a supposed new launch on September 29th make sense. The “Aero,” as it’s being called, will attempt to become HTC’s new flagship device. Indeed, an invite on China’s Weibo social network touted two flagship devices being announced. However, U.S. buyers shouldn’t get excited. There’s every likelihood these are Asia-specific devices, as HTC attempts to regain a foothold in a market it once dominated.

The last of Android’s big-name launches this fall comes from a name few would have expected. BlackBerry — yes, BlackBerry — is widely expected to launch its first ever Android device this November. That’s momentous for several reasons, not least because BlackBerry ignored Android in its early years due to security concerns, instead choosing to develop BB10 and the doomed PlayBook tablet. The Canadian firm then watched as Google and Apple ate up the enterprise market it once dominated and consumers ignored Blackberry devices that couldn’t run the latest apps and services they’d come to love on their Galaxy and iPhone smartphones. 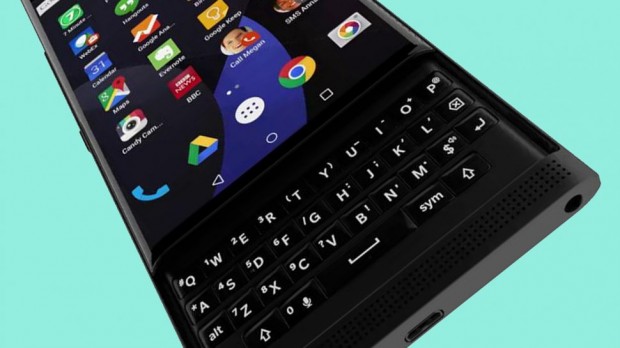 It’s a shame, as lately BlackBerry has been showing signs of life. The Passport was arguably last year’s most interesting smartphone, a square brute of a device with a full QWERTY keyboard. It was impressively made, those physical keys felt great to use, and its screen was beautiful — but it was hobbled by BlackBerry’s OS. I wasn’t a fan for several reasons in my original review, though later updates made it infinitely more usable despite BB10’s flaws.

That’s why the upcoming “Venice” is cause for excitement. Leaks point to a device with a curved, Quad HD display, fast processor, and the freshest internals for running full Android. What’s more, BlackBerry’s excellent productivity apps, such as their fantastic Hub, appear set to be included. That’s not even the most interesting thing about the Venice — no, that would be its form factor. BlackBerry are reviving the portrait slider, with a physical keyboard hidden behind the phone’s display. Users can tap away using the screen, or slide out a keyboard for firing off an email or editing a document. It’s the best of both worlds and looks set to marry BlackBerry’s security and productivity chops, as well as their hardware prowess, with Google’s all conquering OS. 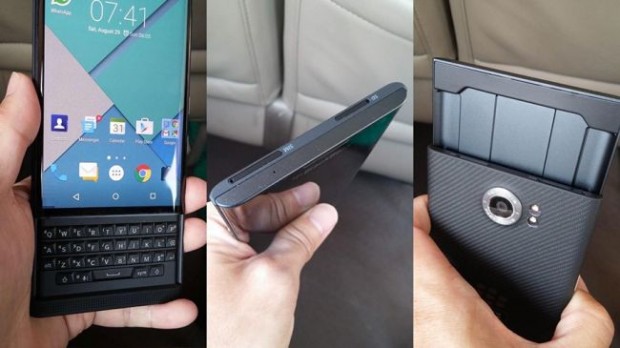 The Venice is one of the most interesting BlackBerrys in years — it’s generated a huge amount of buzz since it was teased in March and further leaked last month. Need proof? It managed to dethrone rumors about Apple’s upcoming iPhone 6S from the top spot on many tech sites for several days and generated more discussion than any other Android device apart from Google’s Nexuses. BlackBerry’s imminent coup de grâce could be avoided altogether if it gets the Venice right.

Roll on November, I say.

Rhuaridh Marr is Metro Weekly's online editor. He can be reached at rmarr@metroweekly.com.
← Previous Story Apple TV: Impressive, but worth $149?
Next Story → Google unveils the Nexus 5X and Nexus 6P