"Carol" is about the power and universality of falling in love, according to Blanchett 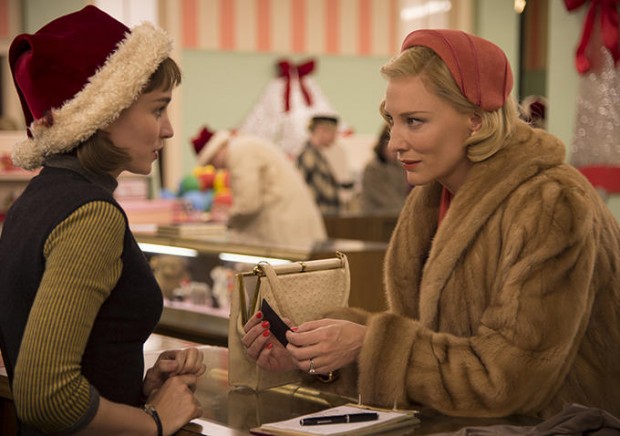 Todd Haynes’ Carol looks to be one of the better LGBT films released this year — we’re looking at you, Stonewall — and Cate Blanchett has teased the beautiful romance viewers can expect during the film’s New York premiere.

In Carol, Rooney Mara enters into a secret romance with a housewife, played by Cate Blanchett. Set in 1950s New York, it’ll explore the dangers and passions of their relationship. The romance in particular is something neither woman nor director Todd Haynes have shied from, according to Blanchett. Speaking with Variety, she commented on the film’s sex scenes.

However, the true story of the film is the women’s love for one another, something Blanchett believes can be enjoyed by any audience — gay or straight.

“To me, the film is about the power of falling in love…. Any great love story has roadblocks and impediments, but our film shows that it’s about the dangerous, volcanic feelings that you experience when you fall in love,” Blanchett continued. “When you fall in love, you’re out of control and there’s some fear and panic and your heart beats faster. That doesn’t change if you are gay or heterosexual. There’s universality to that.”