By John Riley on November 24, 2015 @JohnAndresRiley 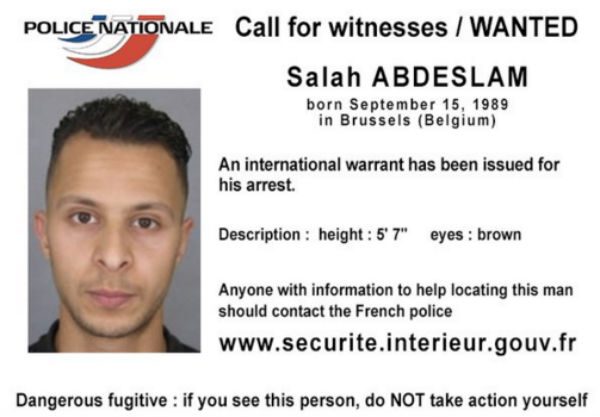 In a surprise revelation, the missing suspect in the Paris terrorist attacks of Nov. 13 was known to frequent a gay bar in Brussels, according to reporting from The Sunday Times of London.

According to the Times, Salah Abdeslam, who is thought to be the eighth gunman in the Paris attacks, was known to visit a Brussels gay bar where patrons remember him smoking hash, drinking and flirting with other men. He was also known to spend long days playing video games in the Molenbeek bar owned by his brother Brahim, who was one of the suicide bombers who killed himself in the attacks.

“We had him down as a rent boy,” a bartender named Julien said of Salah Abdeslam.

The details of Abdeslam’s apparent sexual orientation is quite shocking, as the Paris attacks were the result of coordination among followers of the Islamic State in Iraq and Syria (ISIS), a radical jihadist group aimed at establishing a Muslim caliphate that is flexing its muscle in the Middle East. Most notably, ISIS has become famous for videos showing jihadist fighters killing men who are suspected to be gay. In accordance with hardline interpretations of Islam, the terrorist group also targets people suspected of using drugs or alcohol.

According to the Daily Mail, Abdeslam has spoken to three friends via Skype and is thought to be hiding out in Brussels. Two of those friends told his other brother, Mohammed, that they had spoken to him. As part of the manhunt for Abdeslam, the city of Brussels remains under lockdown and on high alert. According to CNBC, police have arrested 21 people in various raids as part of that manhunt.

Asked about his brother’s whereabouts, Mohammed Abdeslam said, “I believe he is not far away.”

The Daily Mail reports that police initially stopped Abdeslam leaving France just before he crossed the border into Belgium and had questioned him, but mistakenly let him continue his journey. Abdeslam was allegedly assisted over the border by two men, who were later arrested.