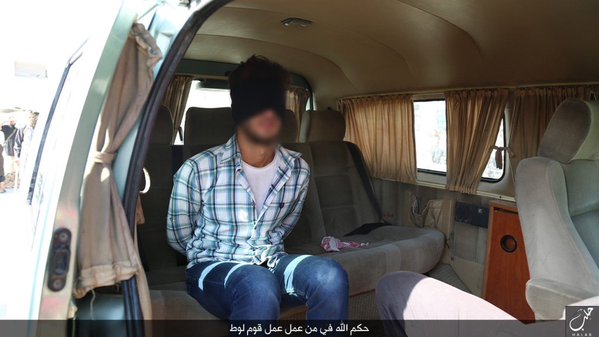 One of the men murdered by ISIS

As U.S. forces step up their efforts in combating the activities of ISIS (also known as Islamic State, ISIL and Daesh), the terrorist group has posted photos showing the execution of two more men convicted of homosexual acts. 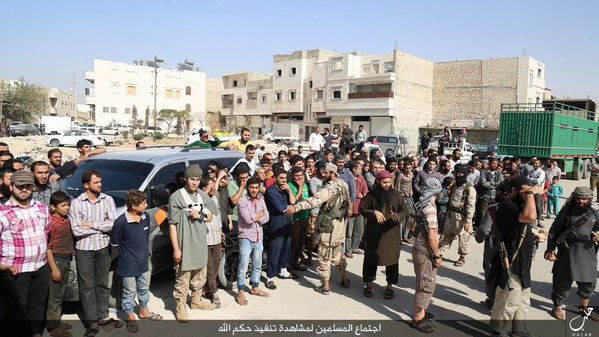 A large crowd waits to stone the two men to death

In graphic images shared online by Terror Monitor, ISIS fighters and a large crowd of men and boys gathered in Aleppo, Syria, to stone two men to death on the grounds that they had engaged in homosexual behavior. 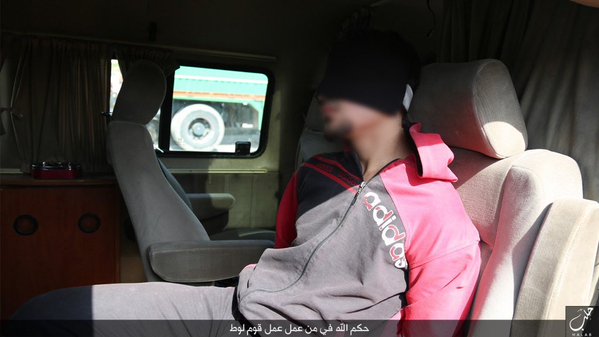 The other man accused of being gay

They were dragged, blindfolded, from a car before being thrown to the ground and pelted with heavy rocks that had been assembled nearby. 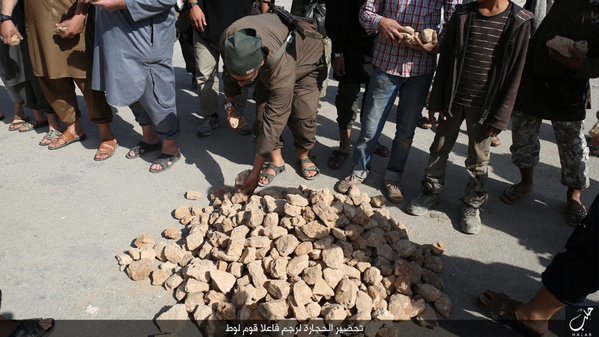 “Whoever is without sin among you, let him be the first to cast a stone…”

It’s the latest in a number of similarly barbaric murders of men suspected of being gay by ISIS fighters. In addition to stoning them, ISIS has also thrown men from buildings to their death — both sanctioned forms of execution under the strict interpretation of Sharia law ISIS follows. 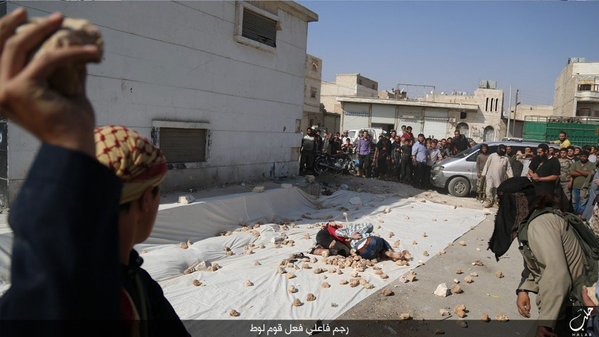 One of the victims during the stoning