In the reopening of the Renwick, visitors will find awe in everyday objects 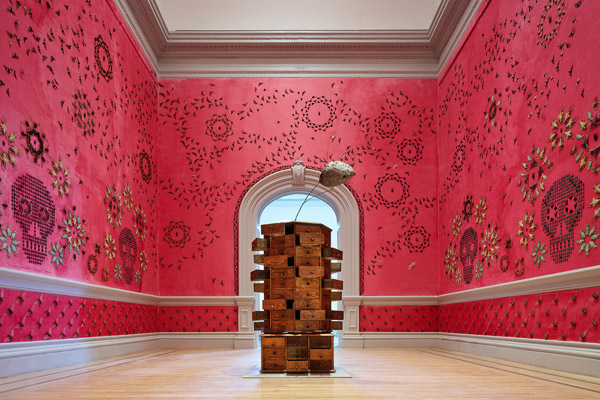 “I’m fascinated by the world of things, and how those things come into being,” says Nicholas R. Bell. “It’s through objects that I think we gain some of our most profound understandings of people.”

Bell, Curator-in-Charge of the Renwick Gallery, has a fascination with objects that isn’t just limited to the gallery’s latest exhibit, WONDER. Renwick was the first building in America designed with art in mind, and thus has a storied history. Built in 1859, it has changed hands multiple times over the years — from art lovers to Civil War generals to court officials in the 1950s. Finally, in 1965, at the behest of Jackie Kennedy, the museum was granted to the Smithsonian as a place to exhibit craft and folk art. By 2013, however, the Renwick was in need of major renovations. “The building was really in a bad way,” says Bell. For two years, they shut the doors to remodel — and reassess. 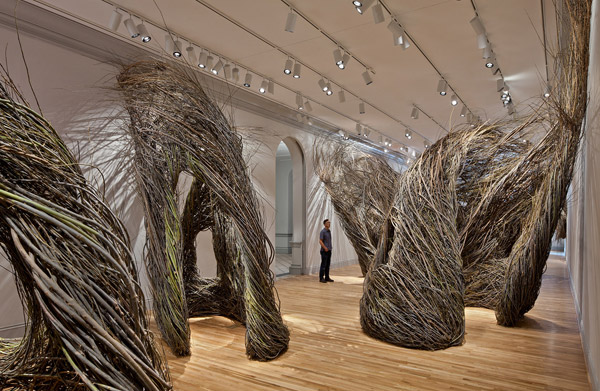 While the primary concern was replacing infrastructural elements, such as insulation and electrical features, the renovation also restored some of the original charm of the building. By opening up long-sealed windows, refinishing marble floors, and revamping lighting, the Victorian-era building got a fresh, modern look — without losing its authentic style.

“Ninety percent of the renovation took place behind the scenes,” Bell says. “But it’s that ten percent that people really notice. We restored as much of the building as we could to its original nineteenth century aesthetic, but in a very twenty-first century manner.” 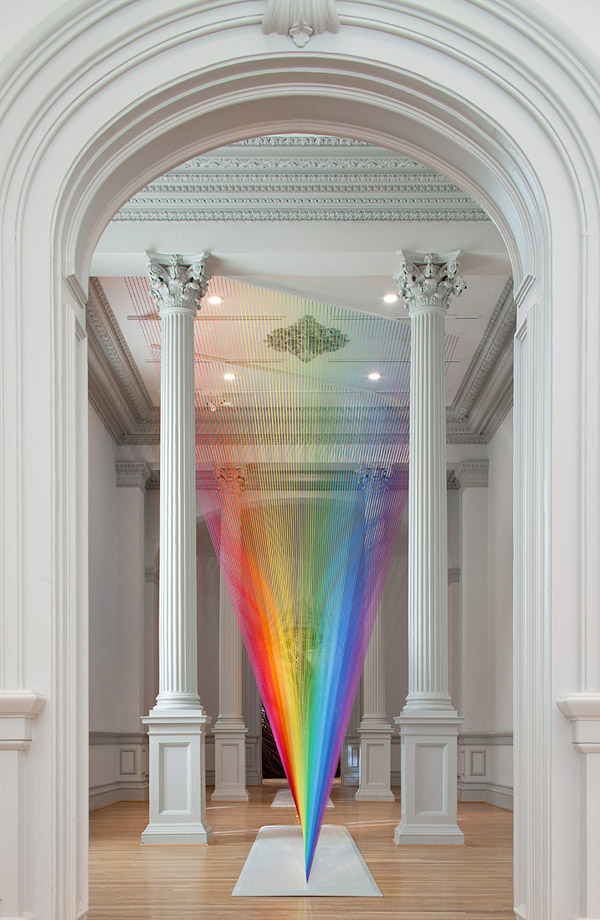 For Bell, the Renwick represents a centuries-long struggle in America’s relationship with art. “I look at this building as a sort of didactic map of how strongly we value experiencing culture in a public setting,” he says. “As my eye started to wander about the architecture, I started to realize that this building is really the most precious object that we have.” 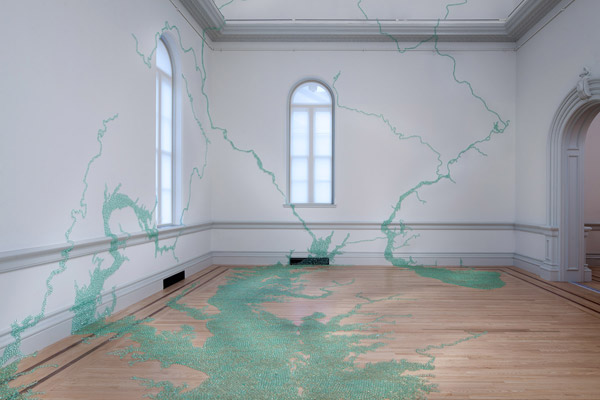 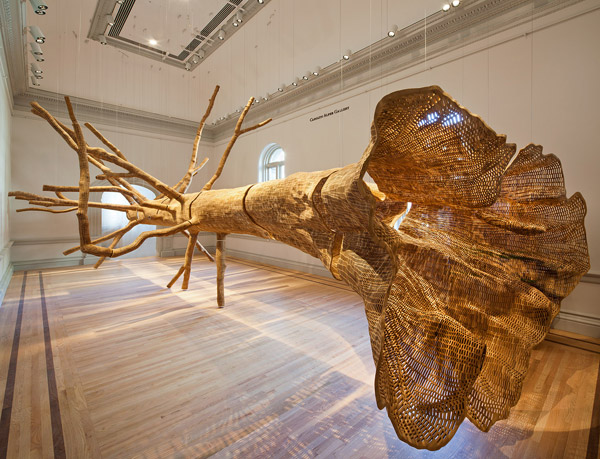 With that, the nine artists returned to their studios and got to work, with the unusual brief that they take everyday objects and fashion them into something utterly unique. Suspended from the ceiling of the first floor is Gabriel Dawe’s Plexus A1 which consists of thousands of colored embroidery thread hung by hand to create a stunning visual effect. On the same floor towers Tara Donovan’s Untitled, an otherworldly mountain range comprised of thousands of individually glued index cards. And tucked away on the second floor floats John Grade’s Middle Fork, a tribute to Renwick’s 150-year-plus history that utilizes 500,000 pieces of reclaimed cedar wood. By combining the work of these dedicated artists, WONDER succeeds in evoking its eponymous reaction. “I was looking for people that were passionate about making and material,” Bell says. “And I was looking for people that were explicitly interested in provoking awe in the viewer.” 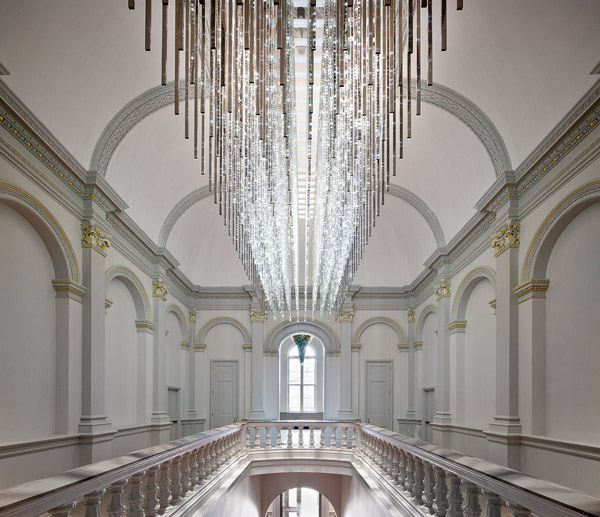 Alongside similar installation exhibits at the Hirshhorn and the National Building Museum, the Renwick’s WONDER finds itself in good company in the District. “As people have been walking through the building, I watch their expressions as they turn the corner and see something for the first time,” says Bell. “People are overwhelmed to be in that aesthetic presence. You don’t get that in all art forms.”

It is this sense of awe that Bell believes we need more of in America. “Why is it important that we have a museum right across from the White House?” he comments. “Because we need to have places to go where we commune with the arts. This is why museums like the Renwick must continue.” 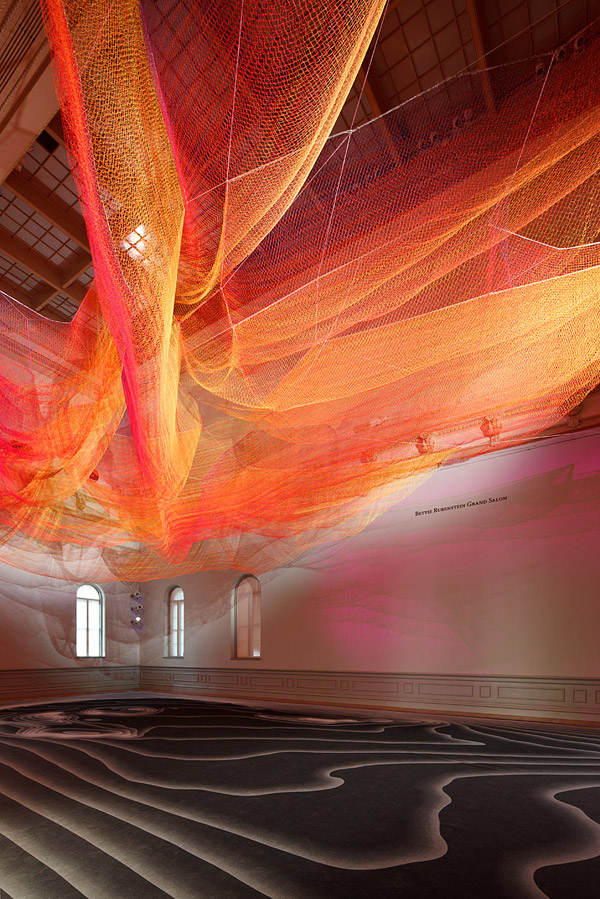 The Renwick Gallery is located at 1700 Pennsylvania Avenue Northwest. It is open daily from 10 a.m. to 5:30 p.m. WONDER will be on exhibit until July 2016. Admission is free.